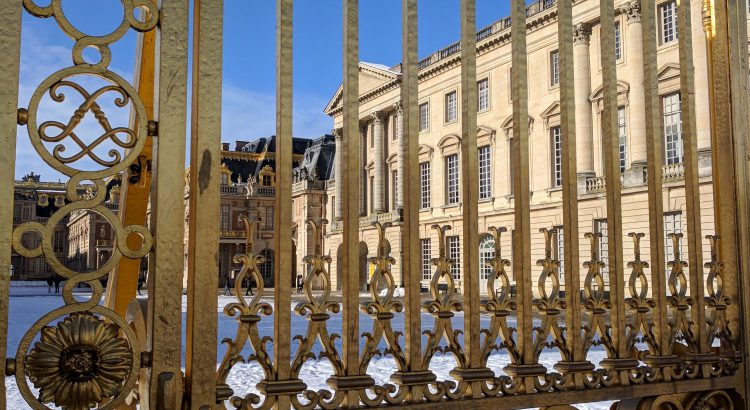 We had breakfast at the hotel and then hopped on the metro and RER to Versailles.  Buying tickets was simple, but they were running a reduced schedule due to flooding along the tracks.  It was a short 10 minute walk from the station to the entrance to the palace.

We had purchased the Paris Museum Passes the day before at the Louvre.  We calculated out everything we wanted to do and what was covered and it made sense to go with the passes rather than pay individually at the destinations.  It also meant we could skip some ticket lines.  There was a quick security check and then we were able to bypass the main ticket line and go directly to the entrance.  We arrived mid-morning and the lines were very short.  The snow was also much deeper here than in central Paris.  This may have kept some people away. 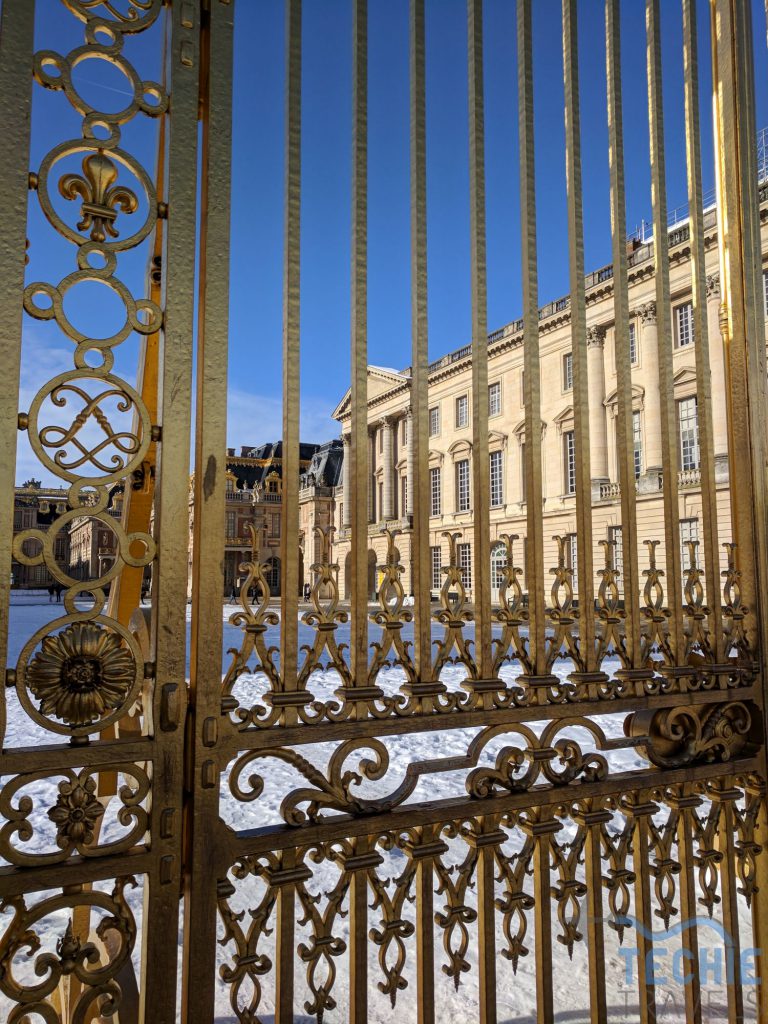 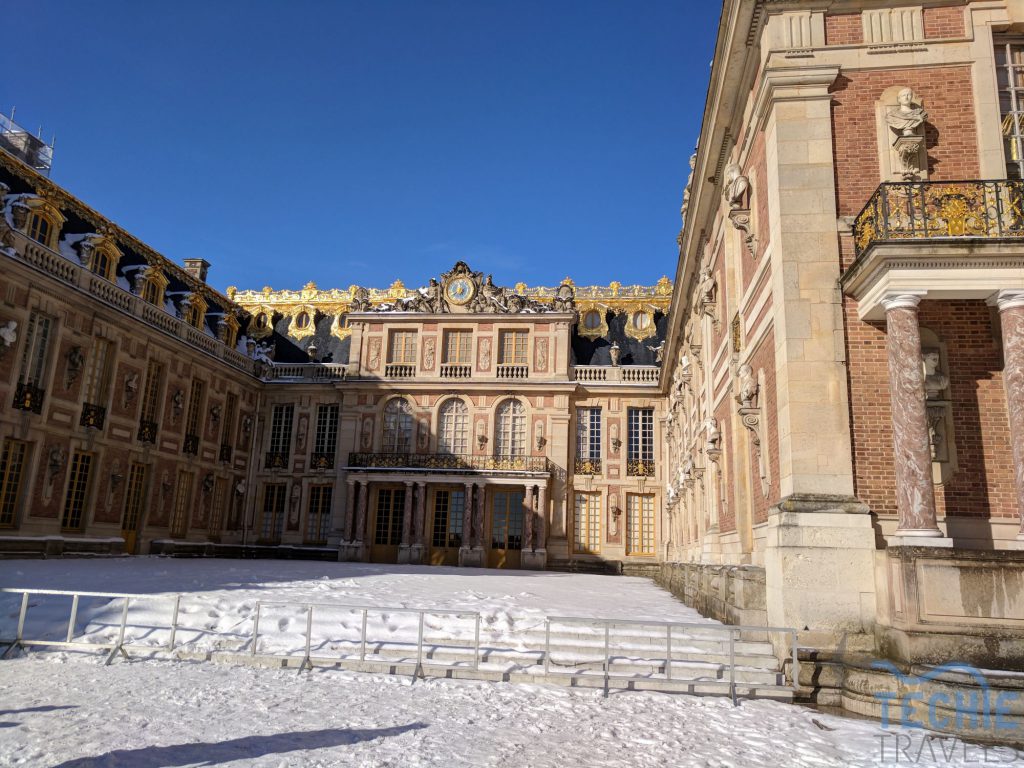 We started our visit in the chateau which was a palace for the royals of France.  It was beautiful but also extremely gaudy and ornate with gold everywhere.  Some of the choices for colors were interesting with different, bright colors in adjoining rooms.  The hall of mirrors was especially magnificent.  All the rooms were quite crowded despite the short lines outside.  I cannot imagine what it would be like during the summer.  My immediate reaction to the palace was similar to that of St. Peter’s in Rome.  While beautiful to look at now, it seems the resources could have been put to better use than flaunting wealth. 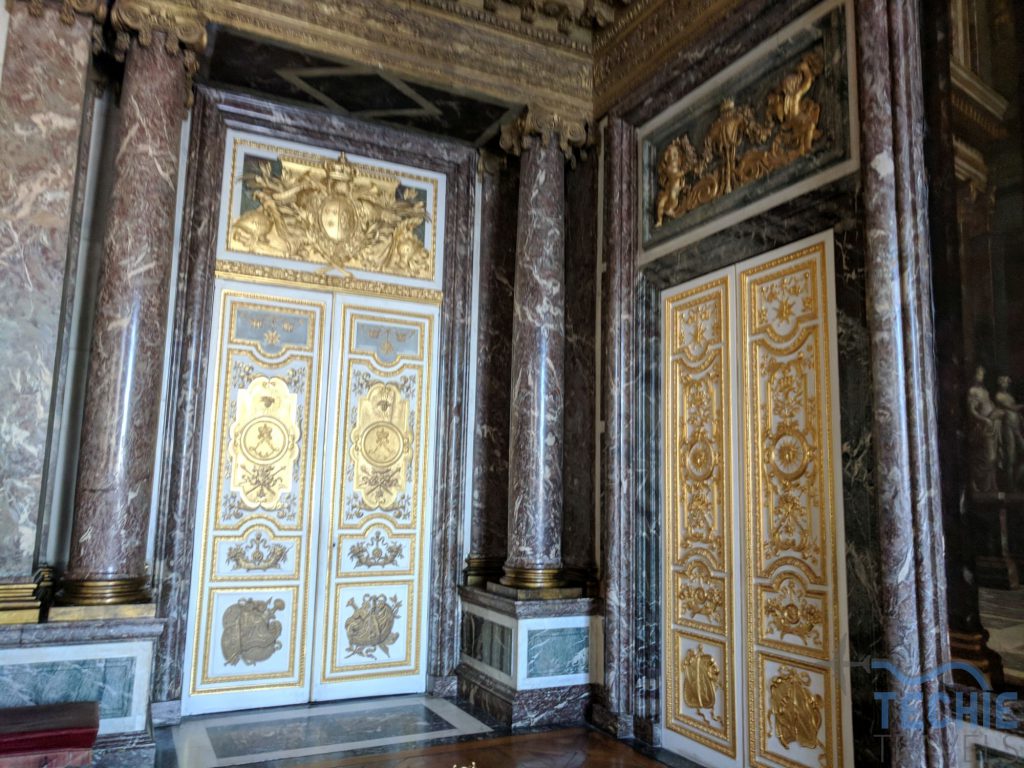 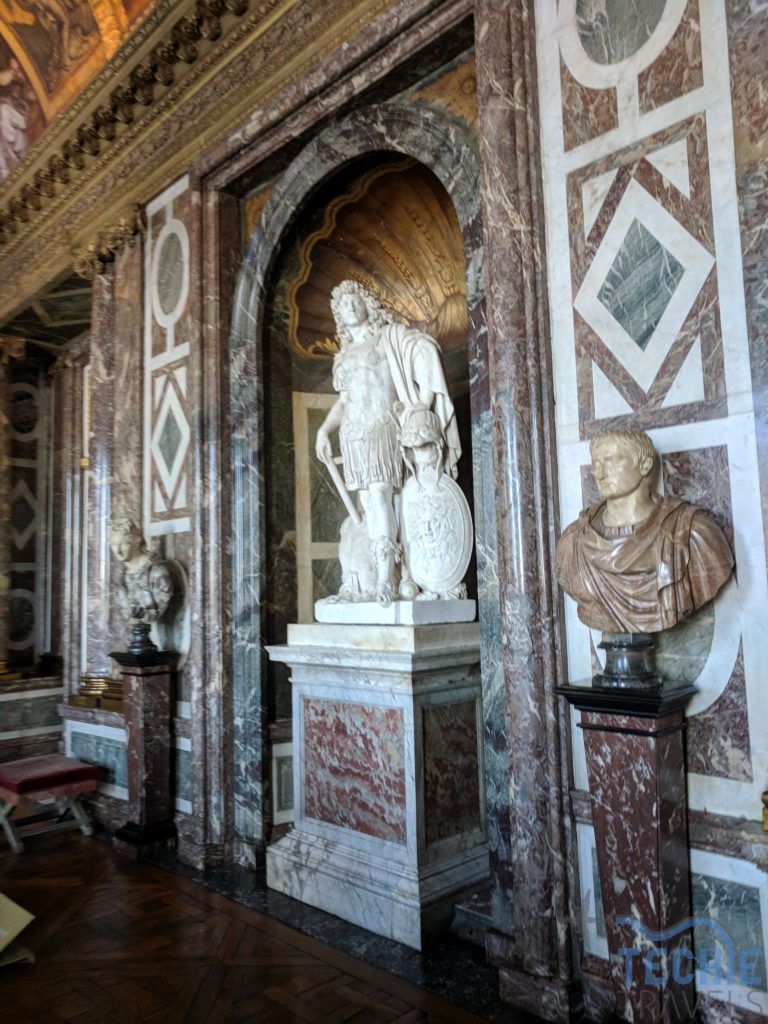 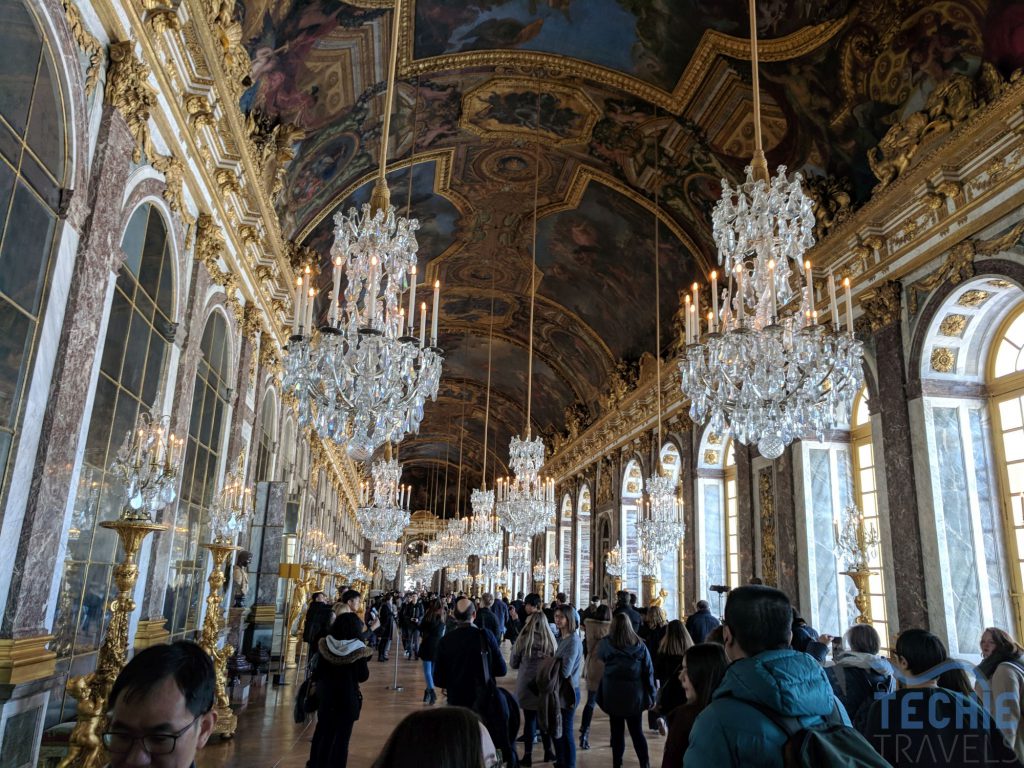 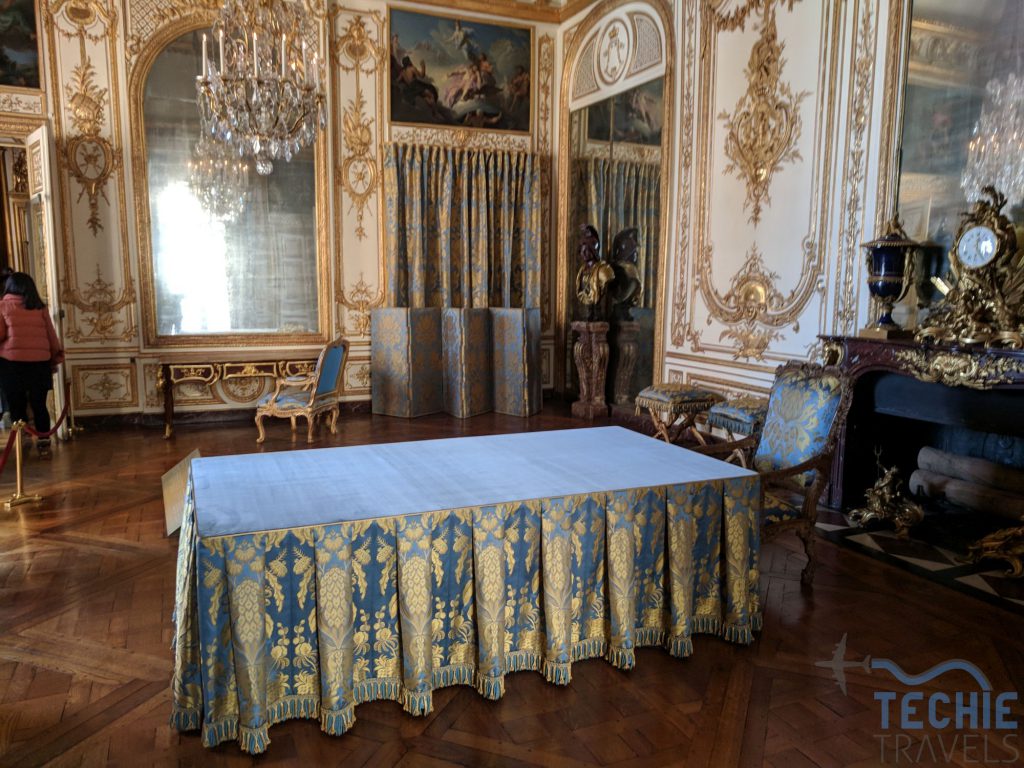 Next we headed out into the gardens.  They were snow covered and the statues and fountains were covered and not running.  Still, it was a nice walk in the quiet snow to the Grand Trianon.  Once you got out a little bit from the chateau, you could be completely alone which was a nice change from the crowded palace.  We found a stall in the park to grab some sandwiches for lunch.  We also made a wrong turn at one point but eventually made it to our destination. 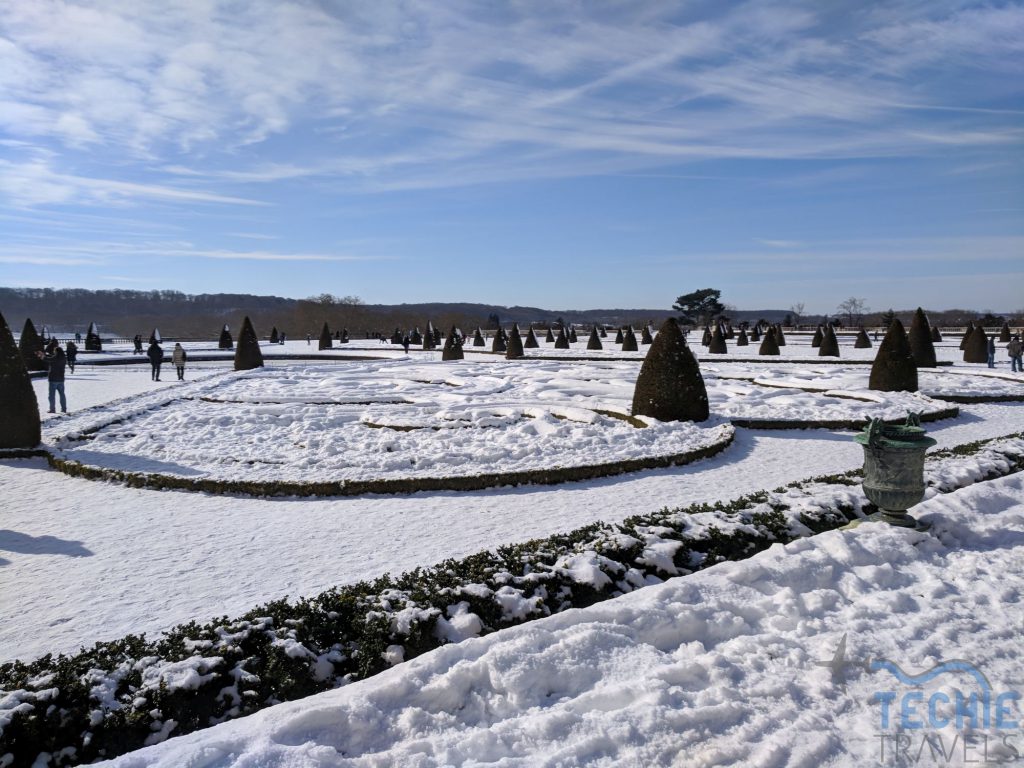 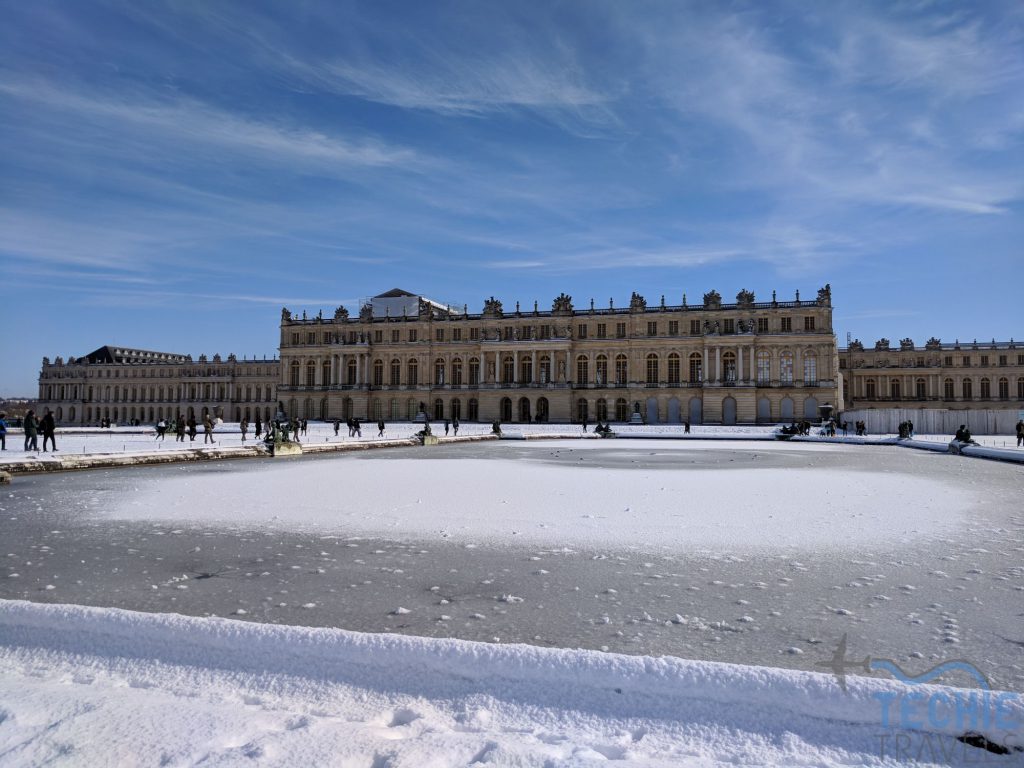 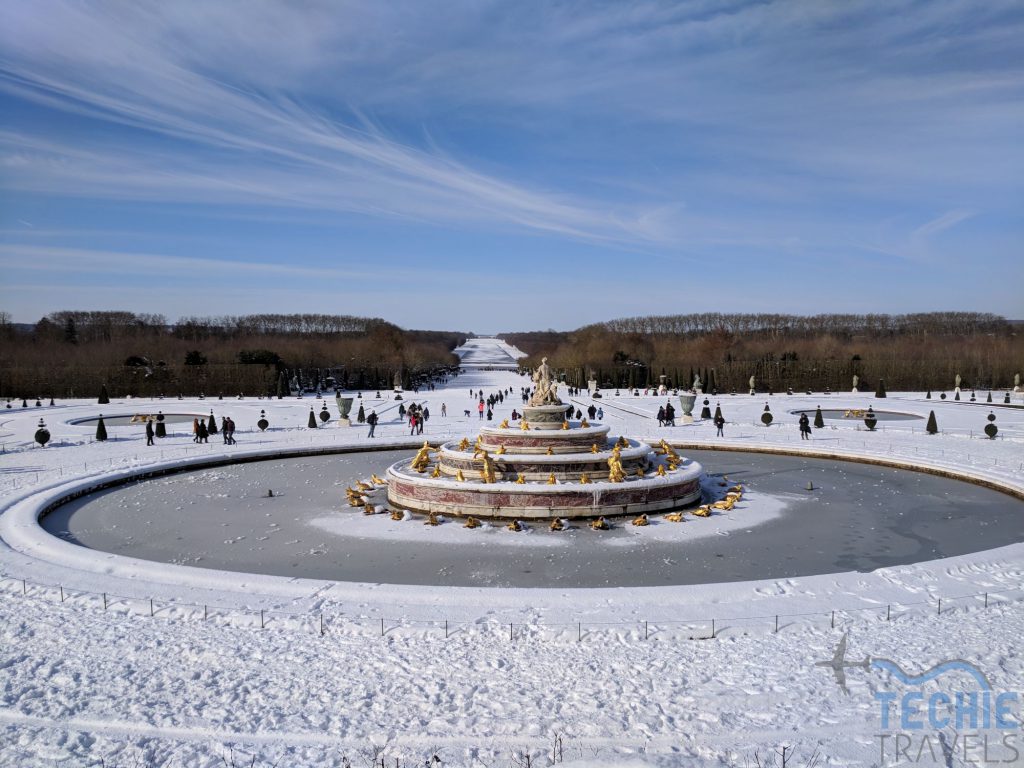 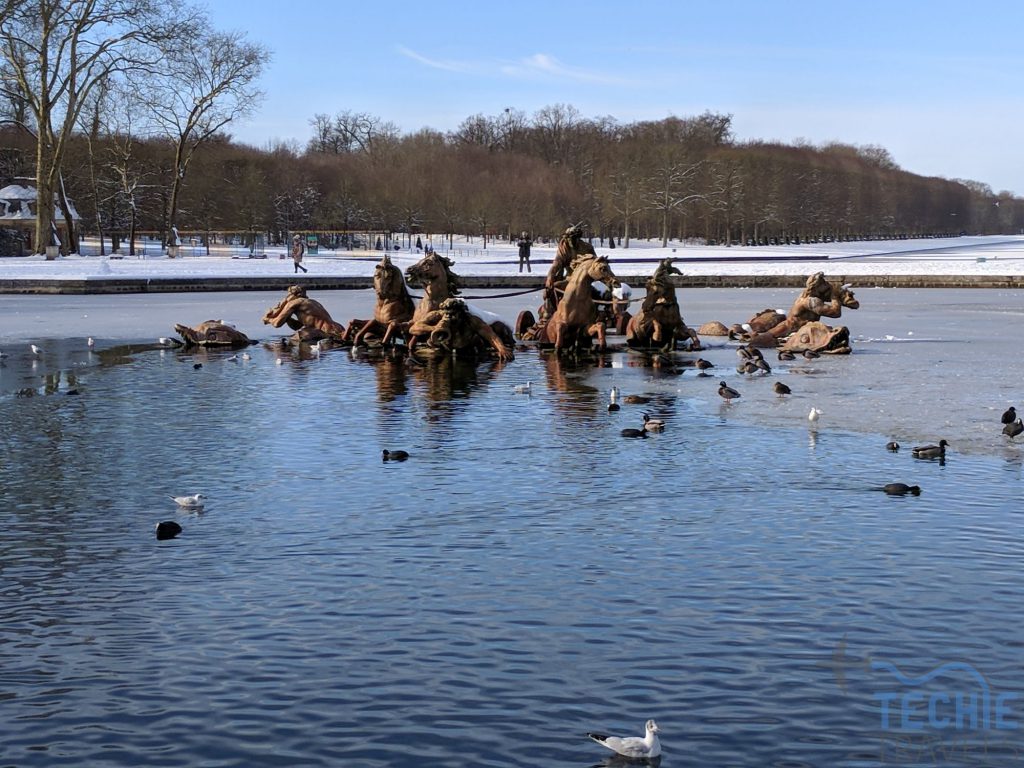 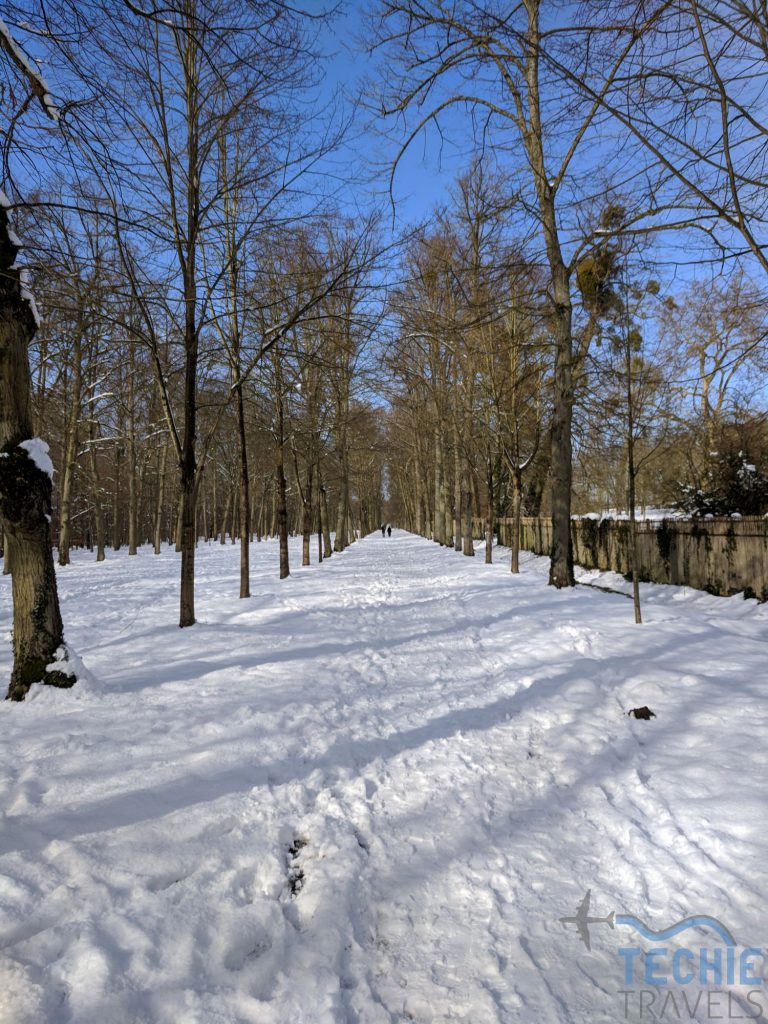 The Grand Trianon was a retreat for the royals away from the main palace.  It was about a 15 minute walk from the palace.  During the summer months, there is a shuttle that runs from the chateau.  These buildings were a lot more subdued with more wood tones and stone as opposed to the gold and fabrics in the main palace.  It seemed more British to me.  Unfortunately, the Petit Trianon was closed due the weather. 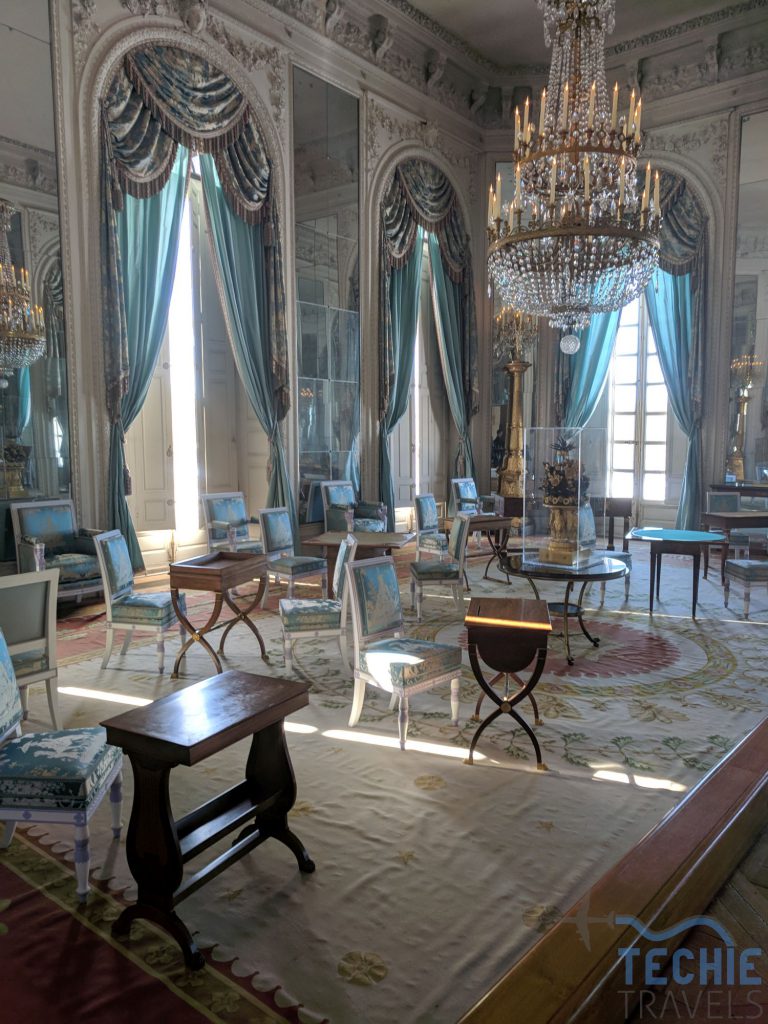 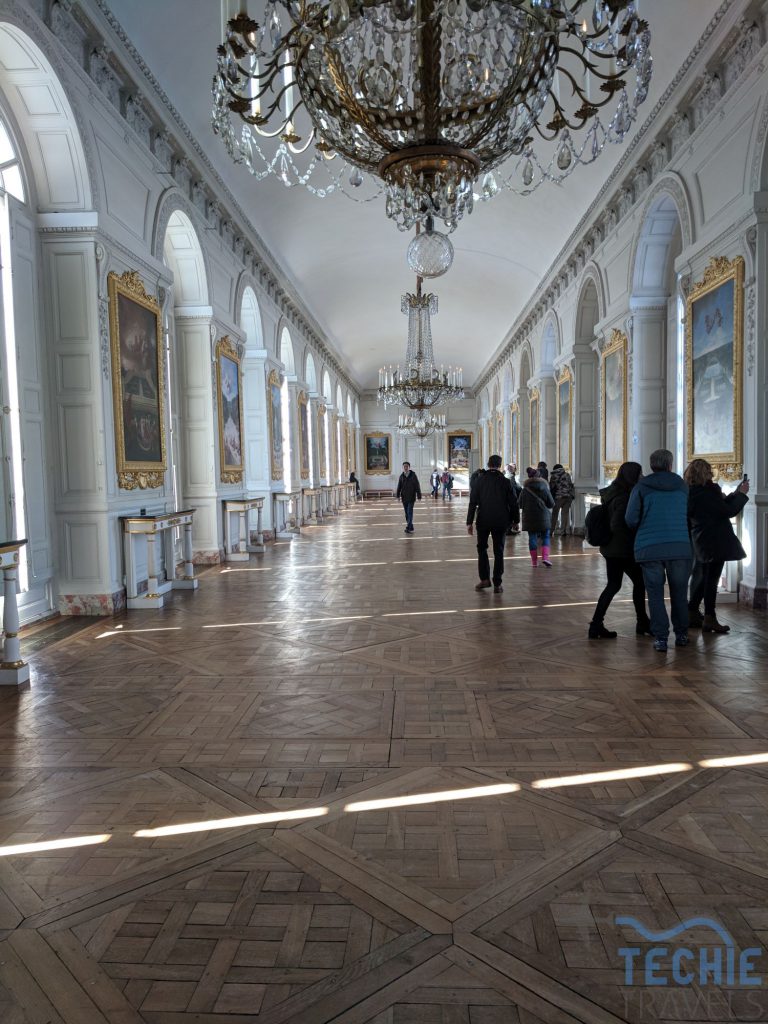 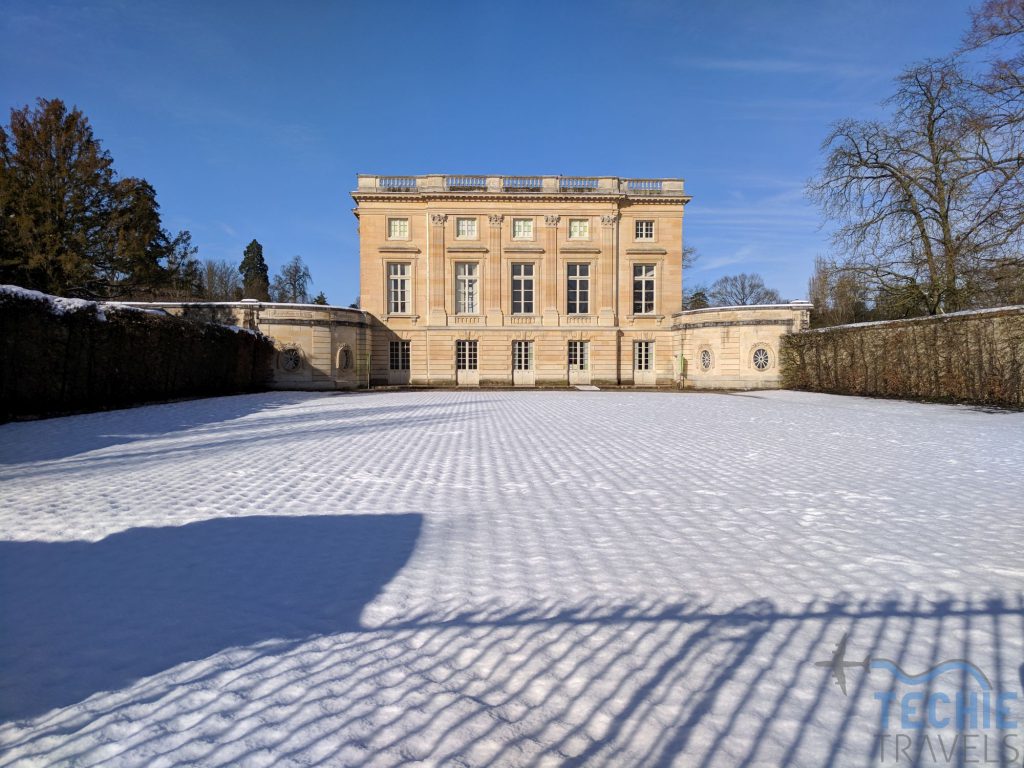 We then walked back through the gardens and took the RER and Metro back to the hotel.  We had tea time and then rested before dinner.

Dinner tonight was at Le Mestruet.  We had the main and dessert menu which was 26 Euros.  We would have been fine with 2 mains and 1 dessert because the portions were actually quite large.  I had the cod and Paris-Brest for dessert which was an enormous pastry with creme filling.  Samantha had the chicken and potato special and the apple tart for dessert.  We were stuffed by the end. 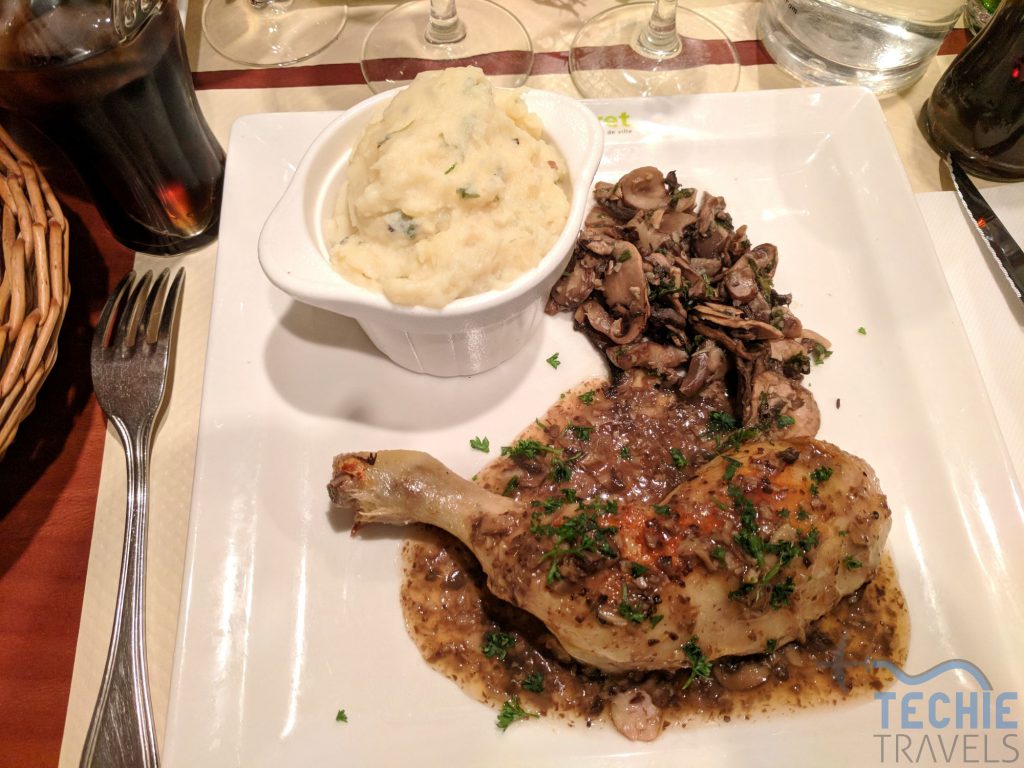 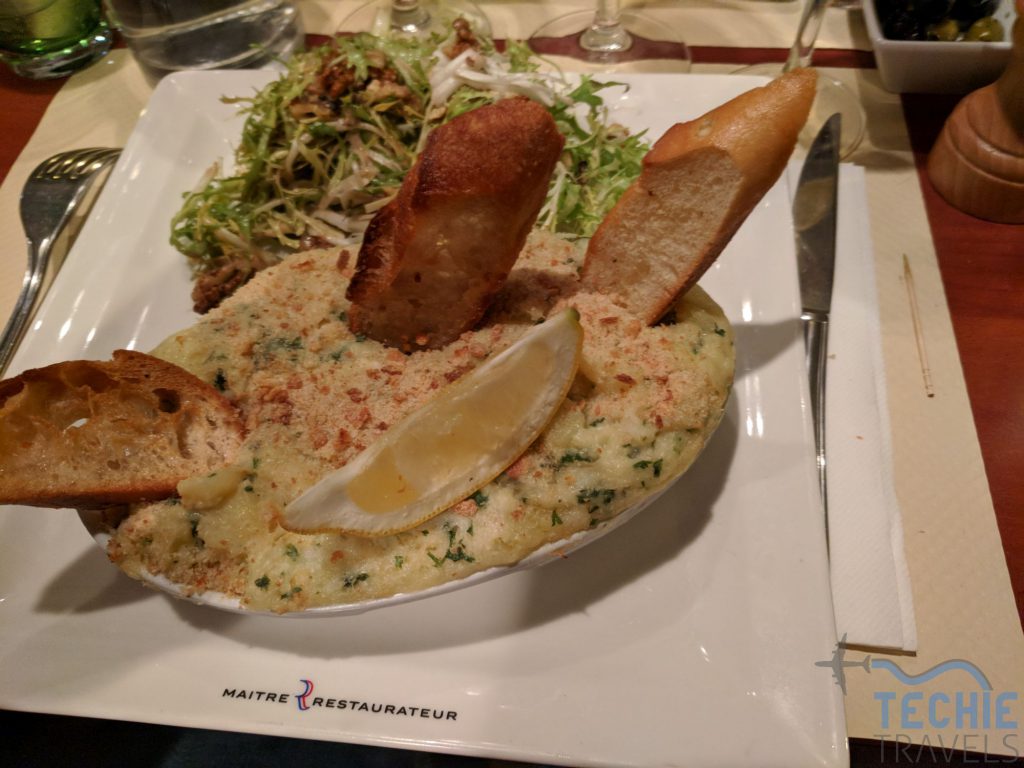 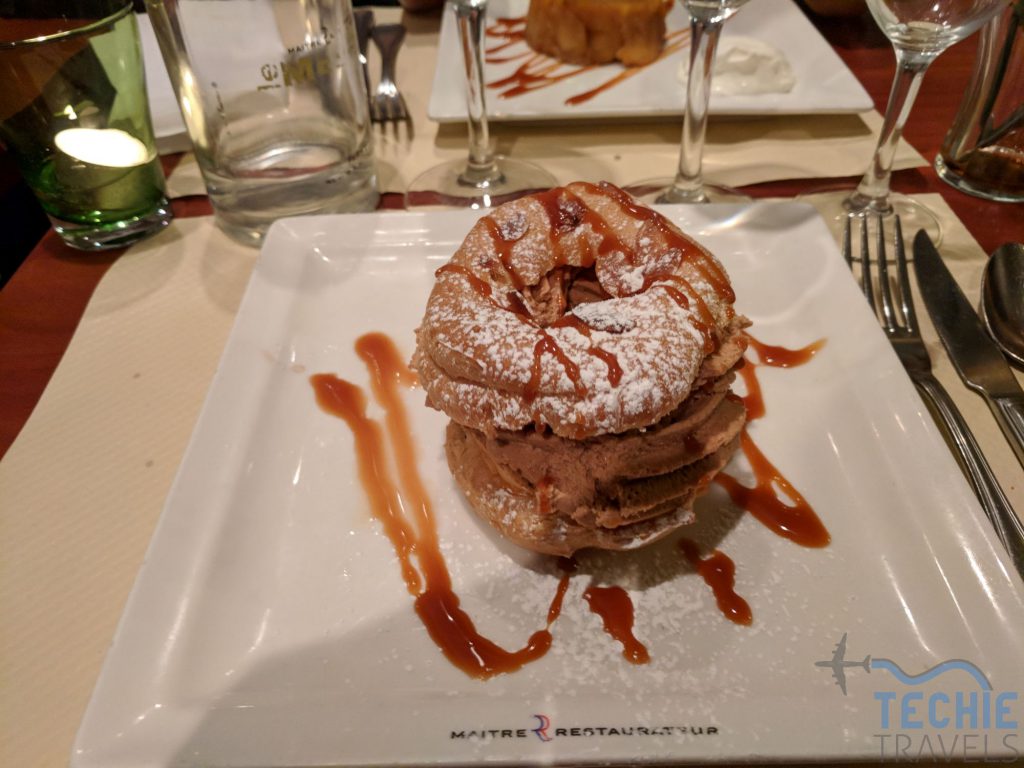 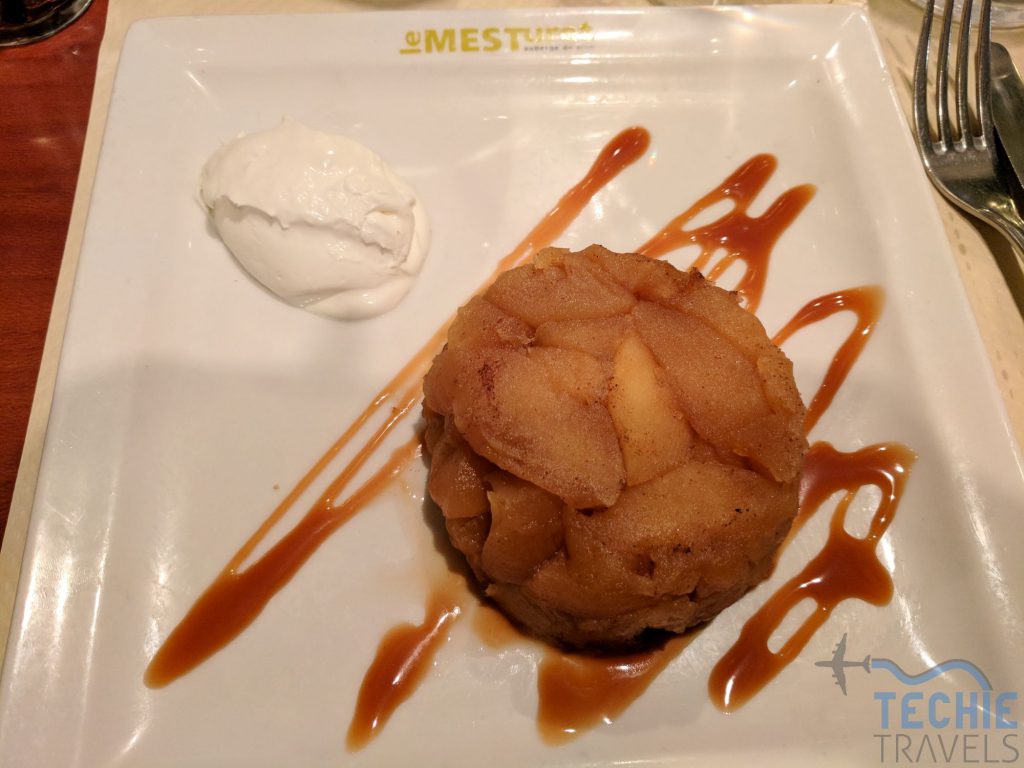