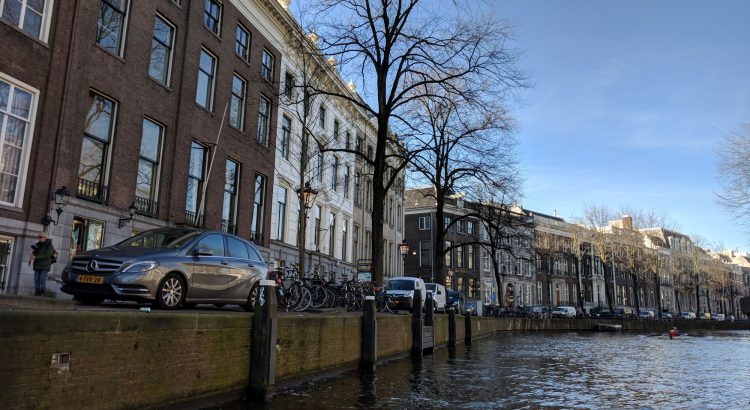 Today was Valentine’s Day and we had a full day of touring planned.  Unlike our previous hotels, breakfast was not included with our rate in Amsterdam.  This was no issue as there are plenty of places to grab breakfast close to the hotel.  We decided to eat at Pancakes Amsterdam which gave us a discount with the I Amsterdam card.  They have both the thicker American pancakes and the thinner Dutch pancakes with a ton of topping choices.

Next we walked across the road to catch the canal tour.  We saw all the major sights along the canals.  We went with the longer tour through Amsterdam Circle Line. The commentary left something to be desired with only brief snippets of information throughout the tour.  Our driver had the same accent and mannerisms of Tommy Wiseau in the movie “Disaster Artist” which I found amusing.  At first, we were the only people on the tour and according to the driver, we were “a couple of love birds on a Valentine’s Day tour, ah ah ah”.  Half of the boat was covered and half had heaters that were not working.  It was very cold, but there were blankets and having half the boat open meant better picture opportunities. 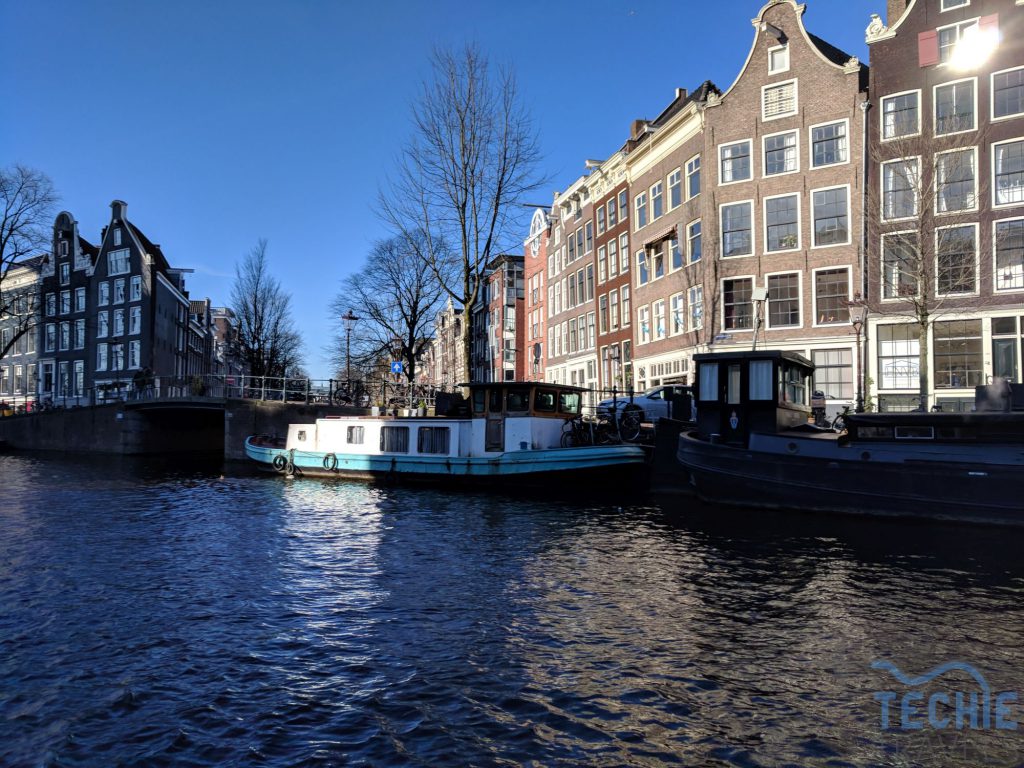 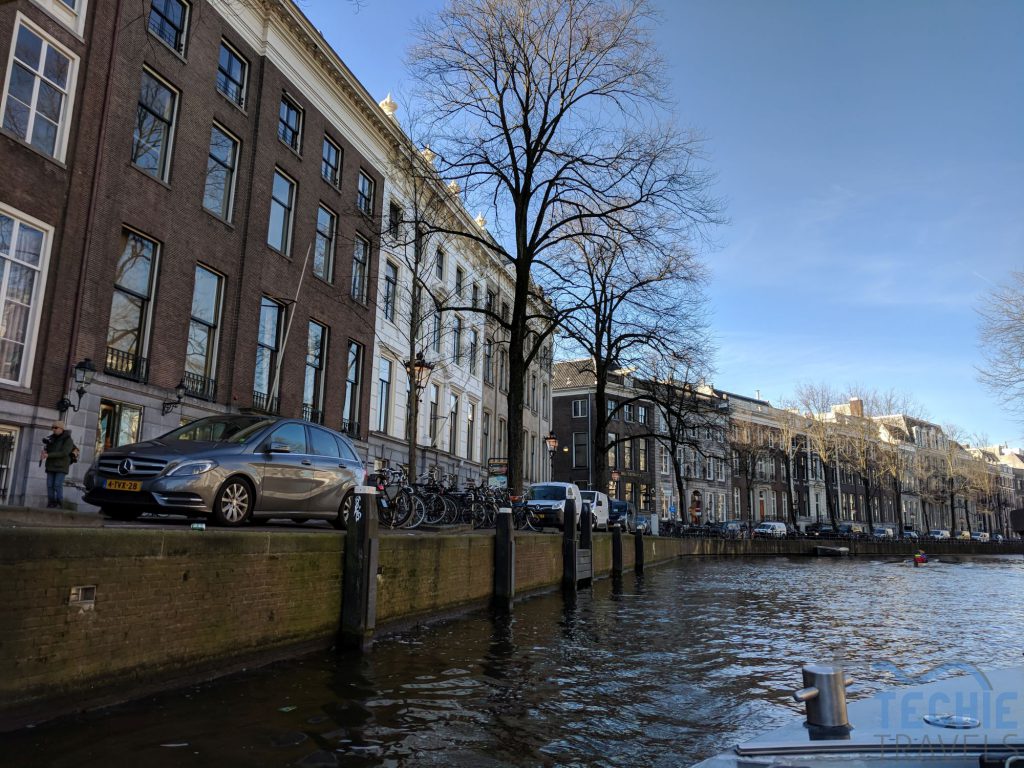 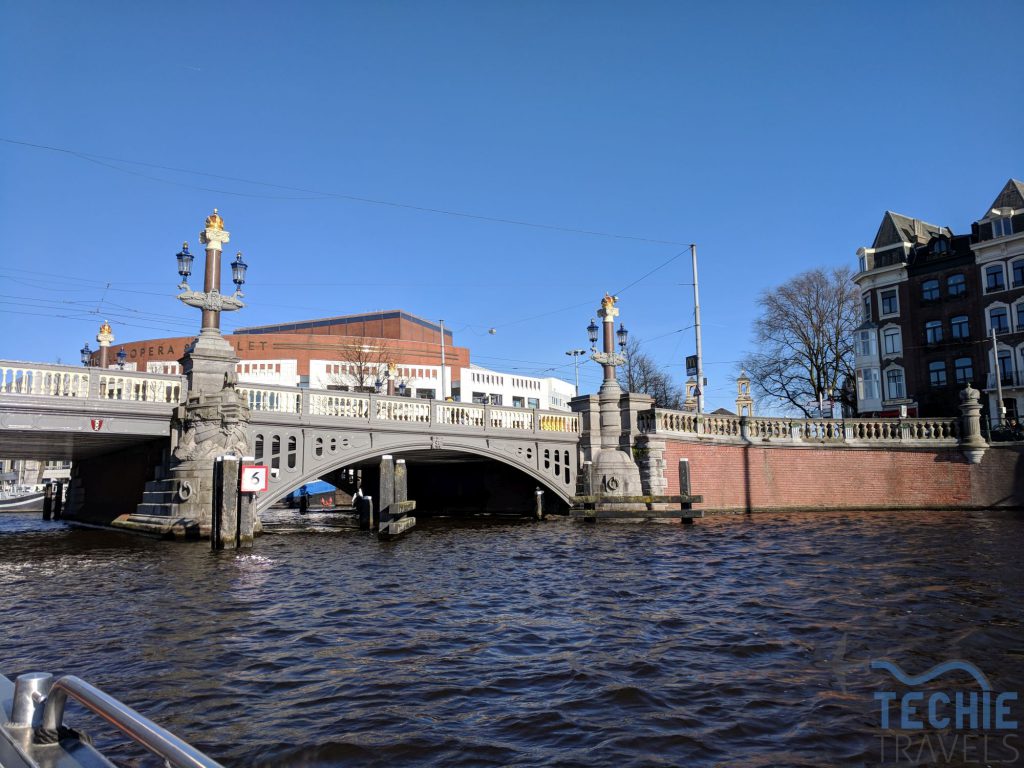 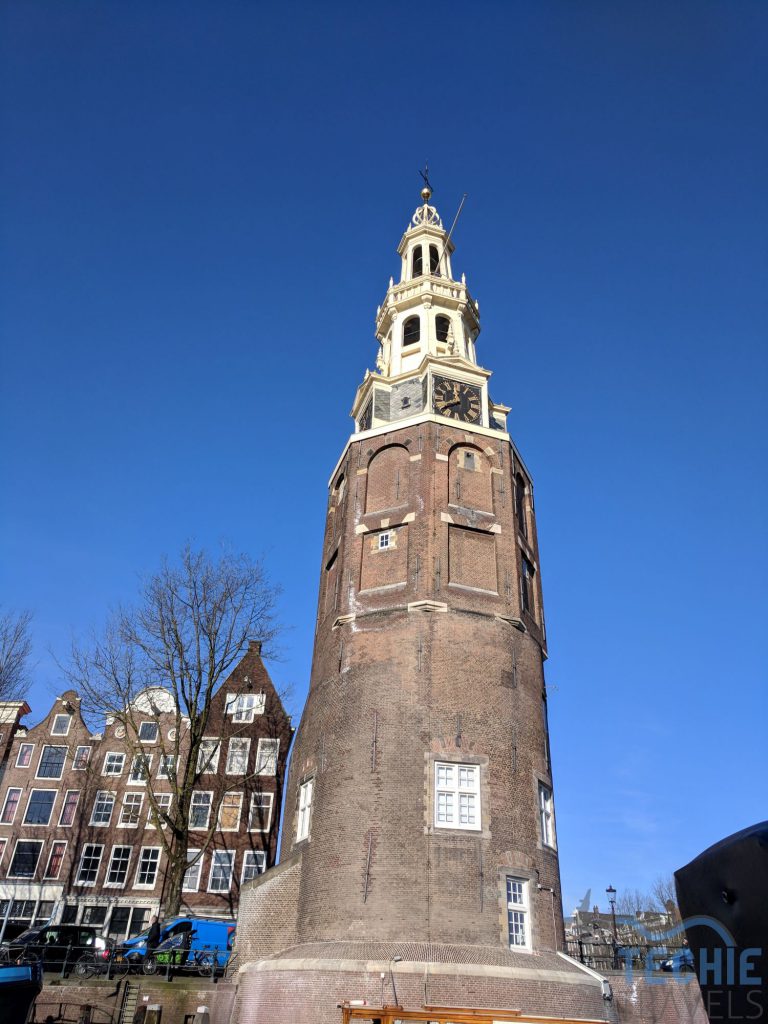 Next we hopped on a tram and grabbed lunch at a cart near the Museumplein.  We had reserved a time for the Van Gogh museum later in the afternoon so we had a little time to kill.  We decided to visit the Stedelijk Museum which the I Amsterdam card covered.  The Stedelijk Museum is a contemporary design museum with many installations by various modern artists.  I found much of the museum to be bizarre, but interesting. 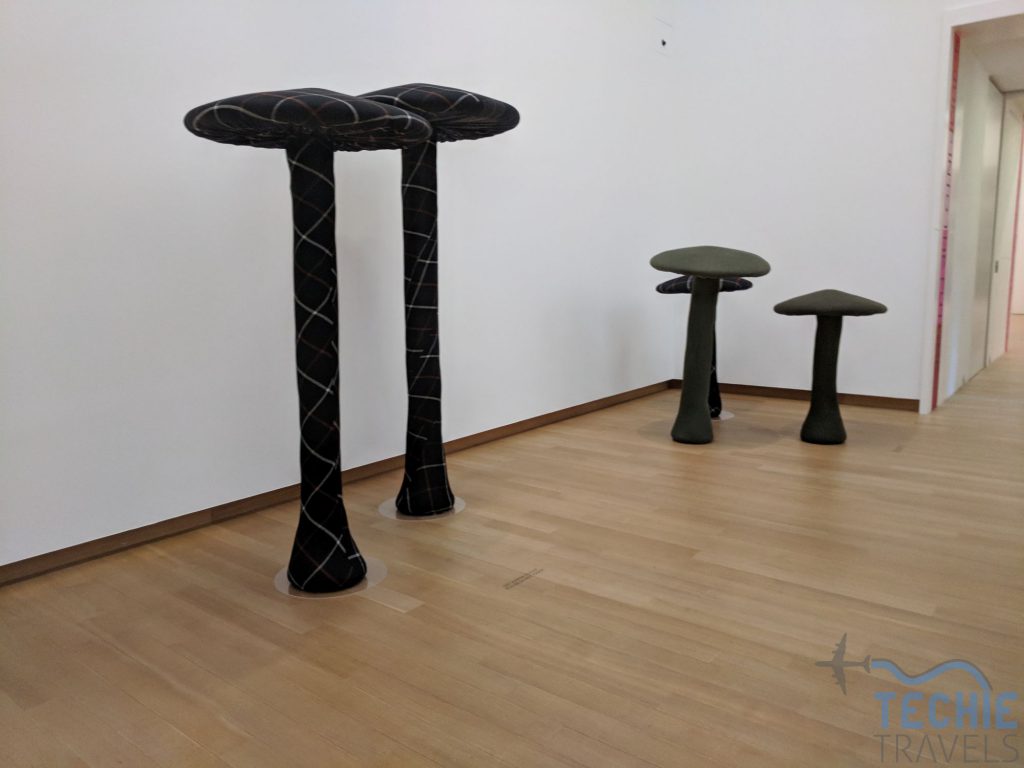 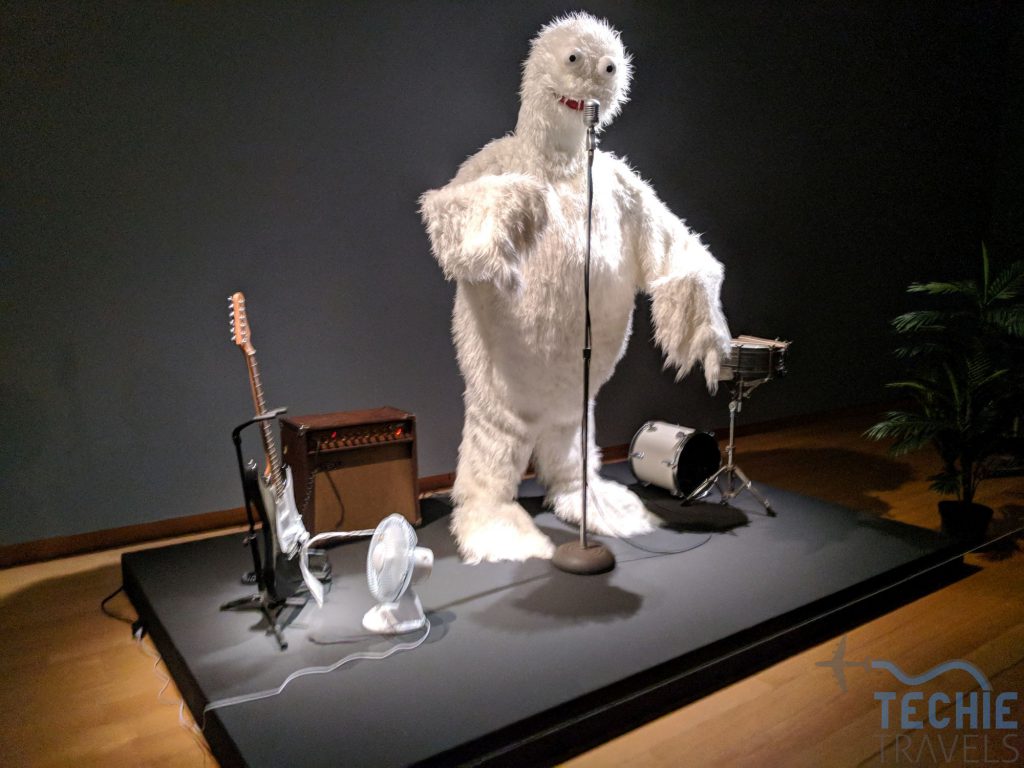 Next, we went next door to the Van Gogh Museum.  This was one of my favorite museums of the trip.  It was extremely well done and told the story of his life and had a lot of his famous works.  Audio tours were available, but there were plenty of signs explaining everything so I did not feel like it was necessary. 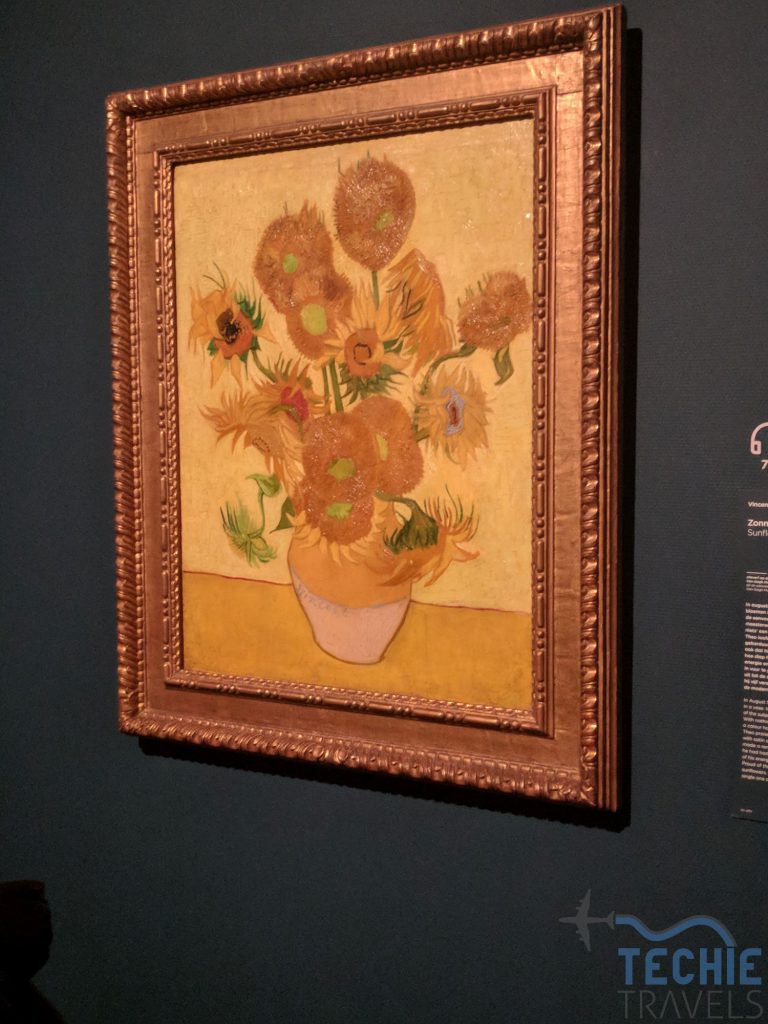 We had a bit of time before dinner so we looked at what was available.  We found a Rick Steve’s audio tour of the Red Light District.  I had been wanting to try one of these tours but it just had not fit into our schedule.  It actually was very well done and gave a lot of good history about the city and the how the district came to be.  We will definitely be trying more in the future.  They are free to download here: Rick Steve’s Audio Tours.  One stop on the tour was the  Oude Kerk which we could go in with the I Amsterdam passes.  It is no longer used as a church and instead had a bizarre exhibit about the experience of death. 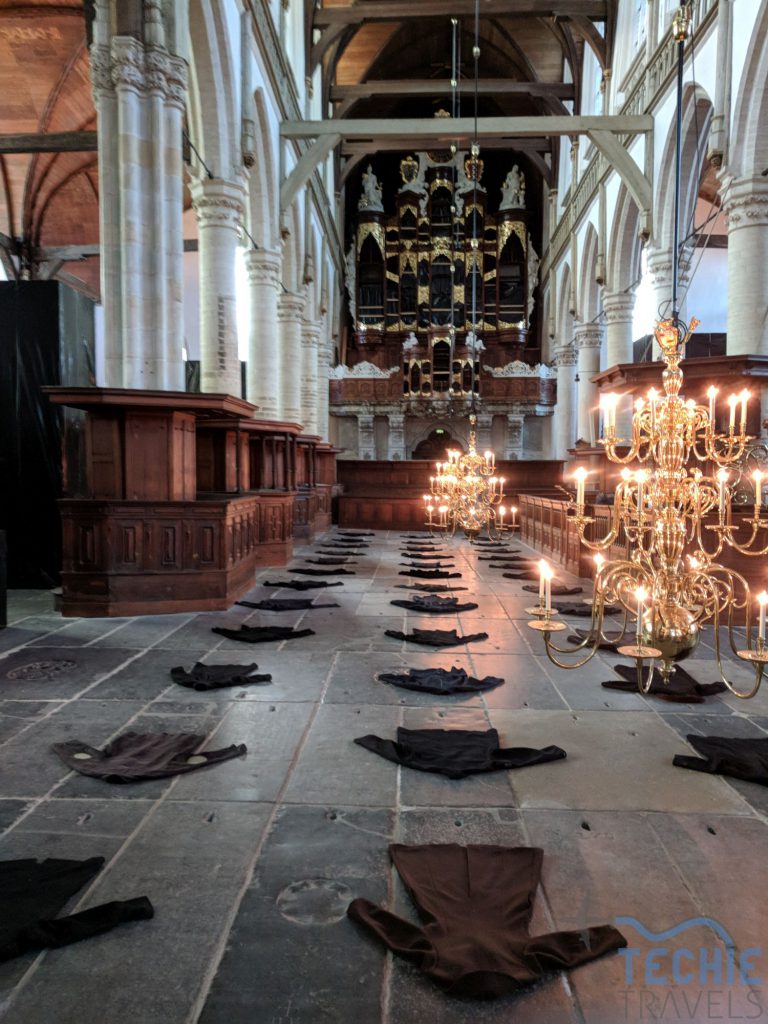 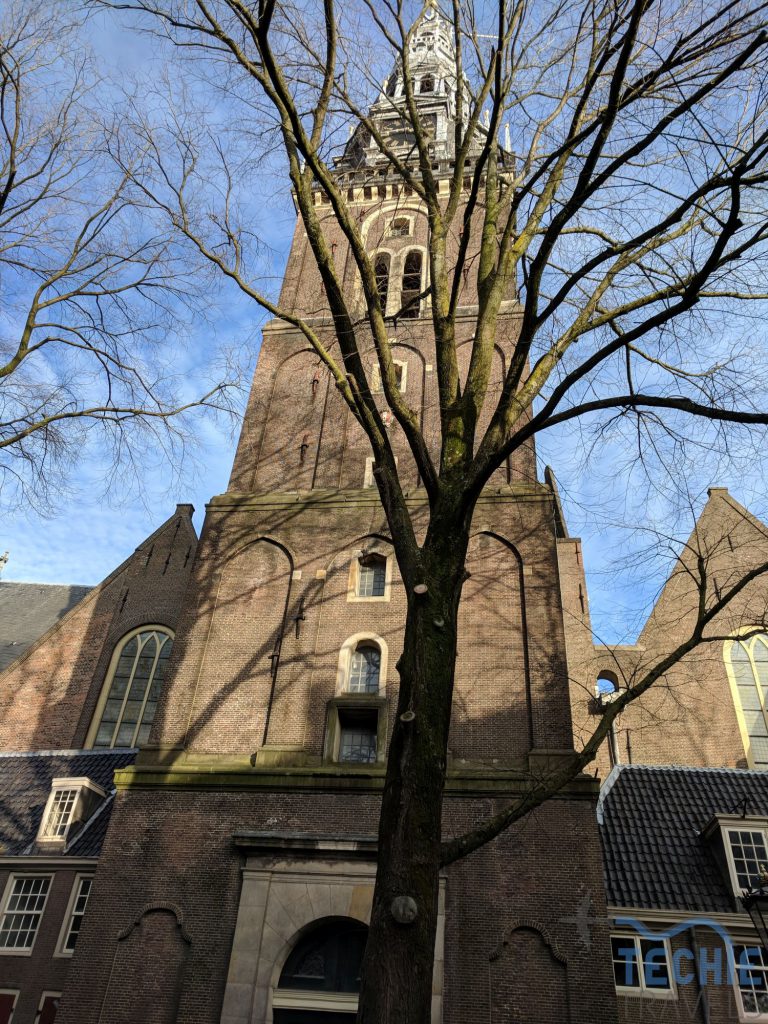 Tonight was Valentine’s Day so we had a reservation at the Michelin starred RON Gastrobar.  They had a special cupid menu for the evening that came with a bottle of champagne and a six course menu.  The menu included oysters on the half shell, beef tartar, scallops, lychee from a rose for Samantha, short ribs, and a chocolate ice cream sundae station for dessert.  It was definitely the best meal of the trip. 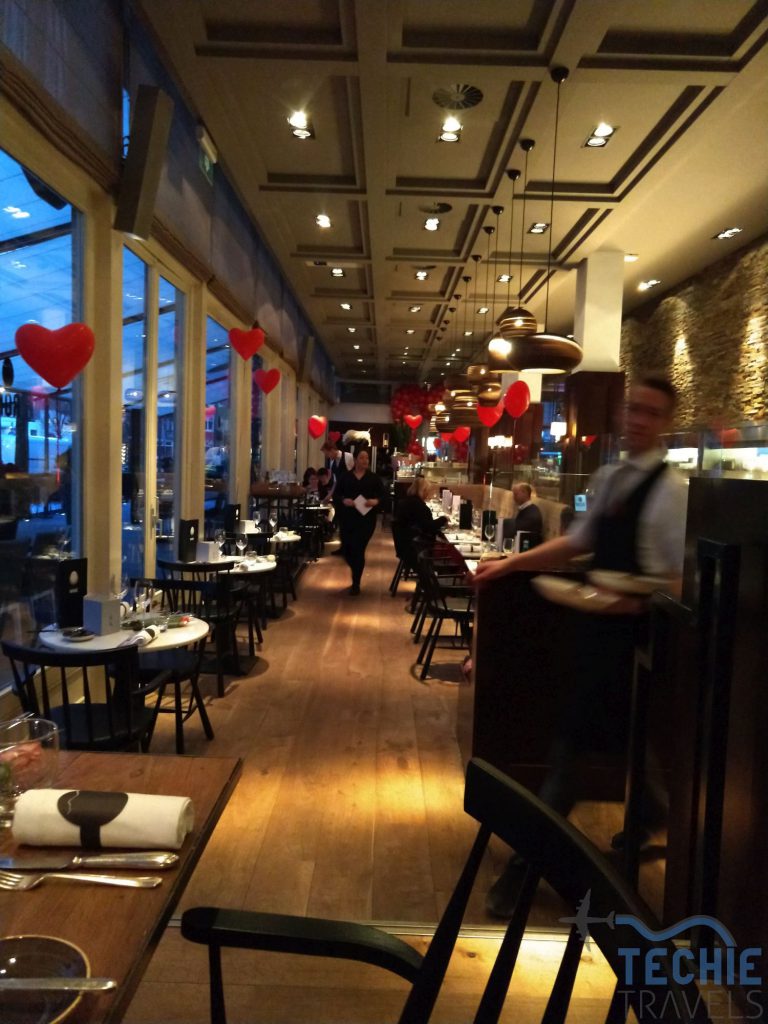 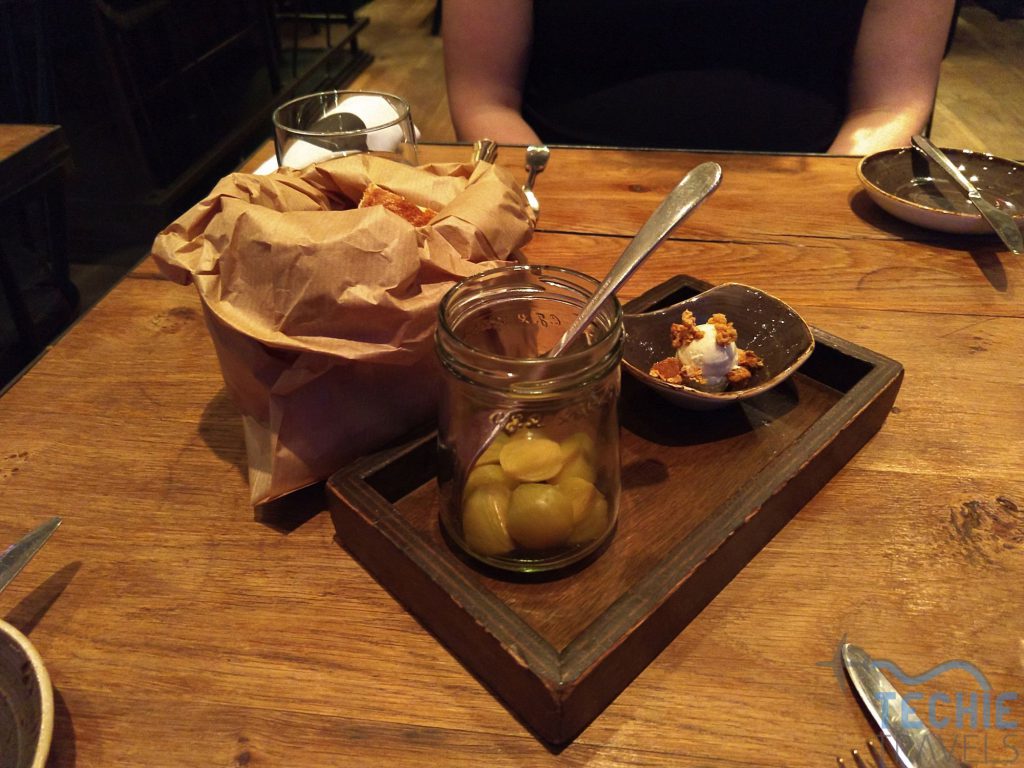 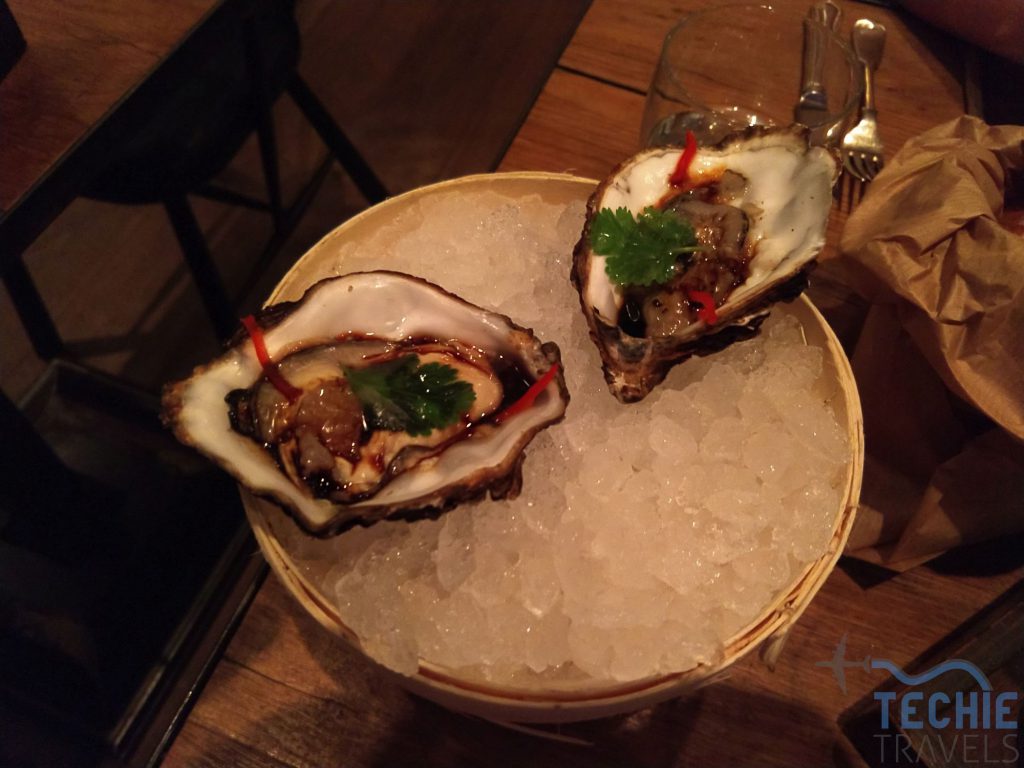 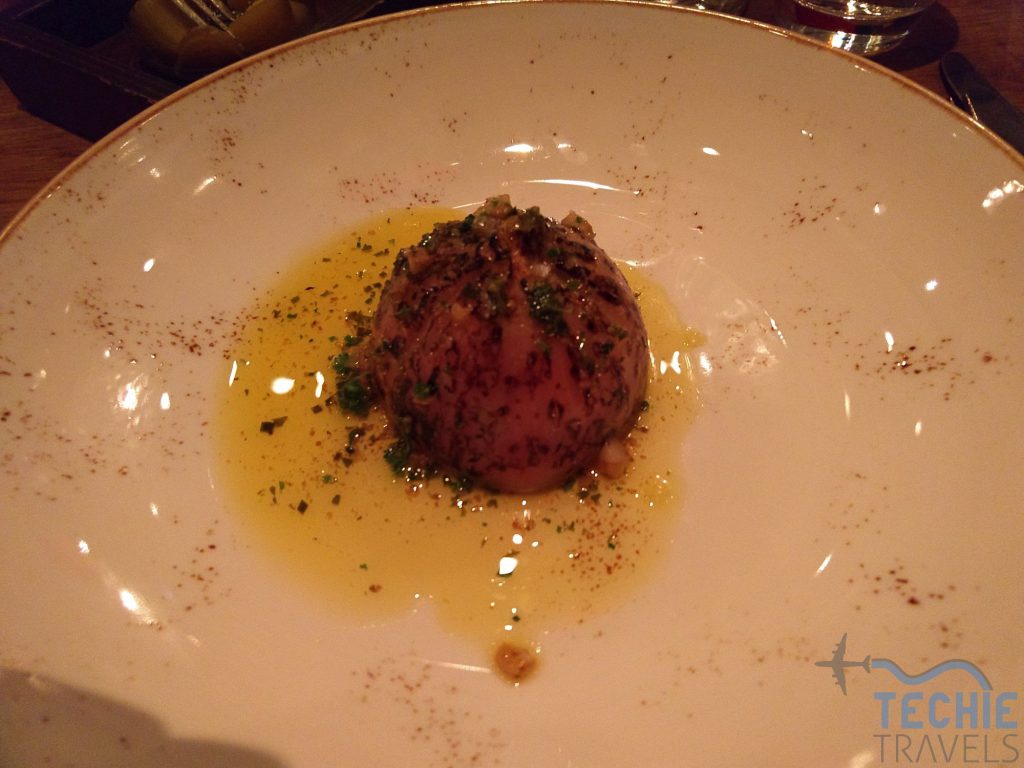 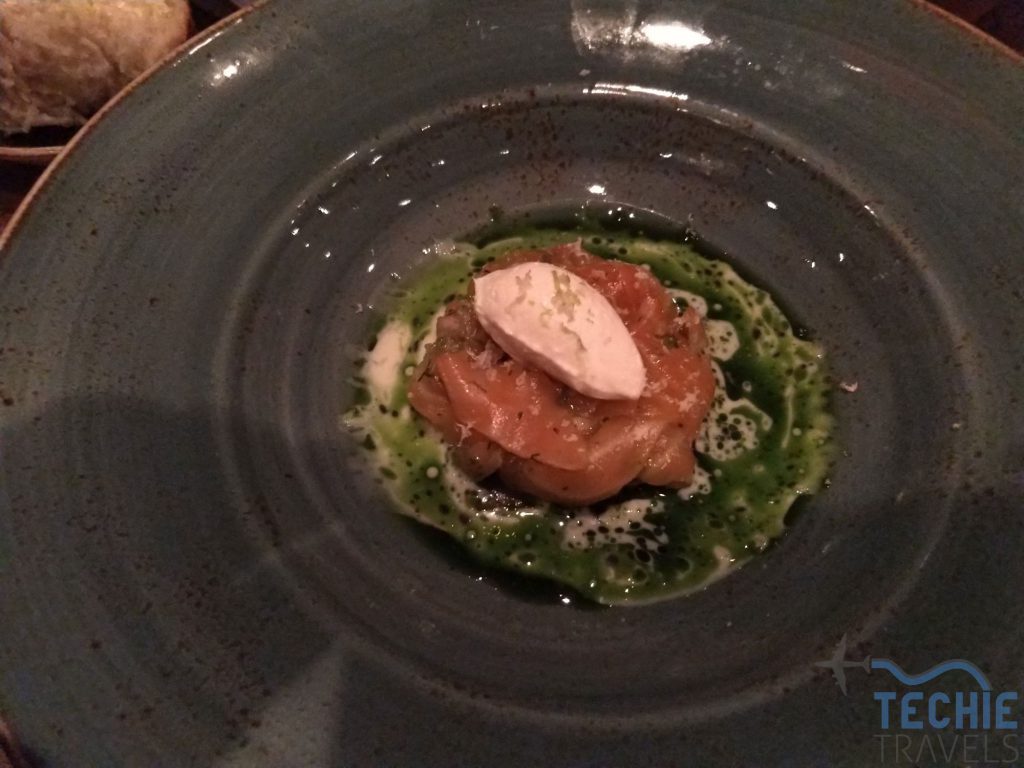 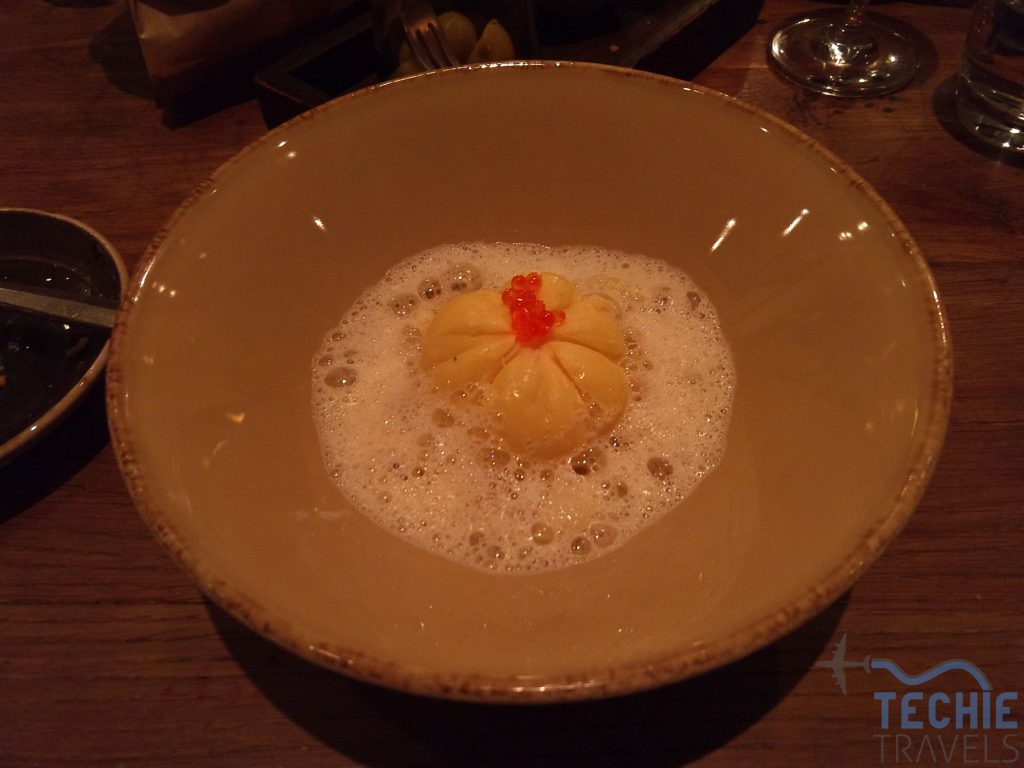 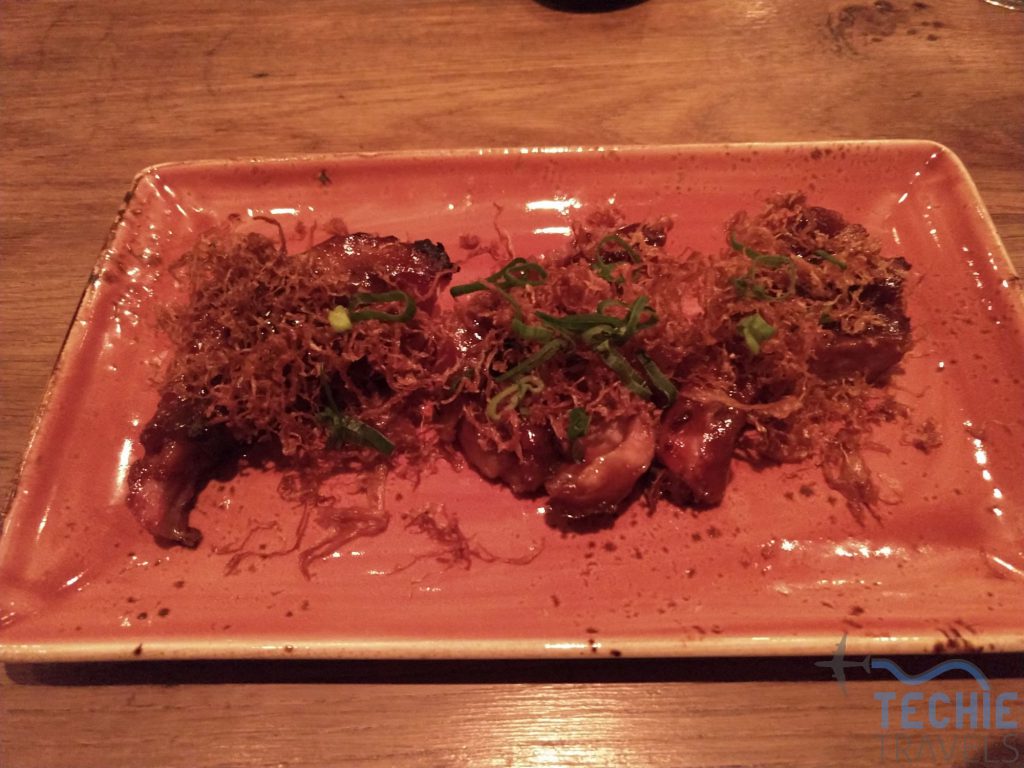 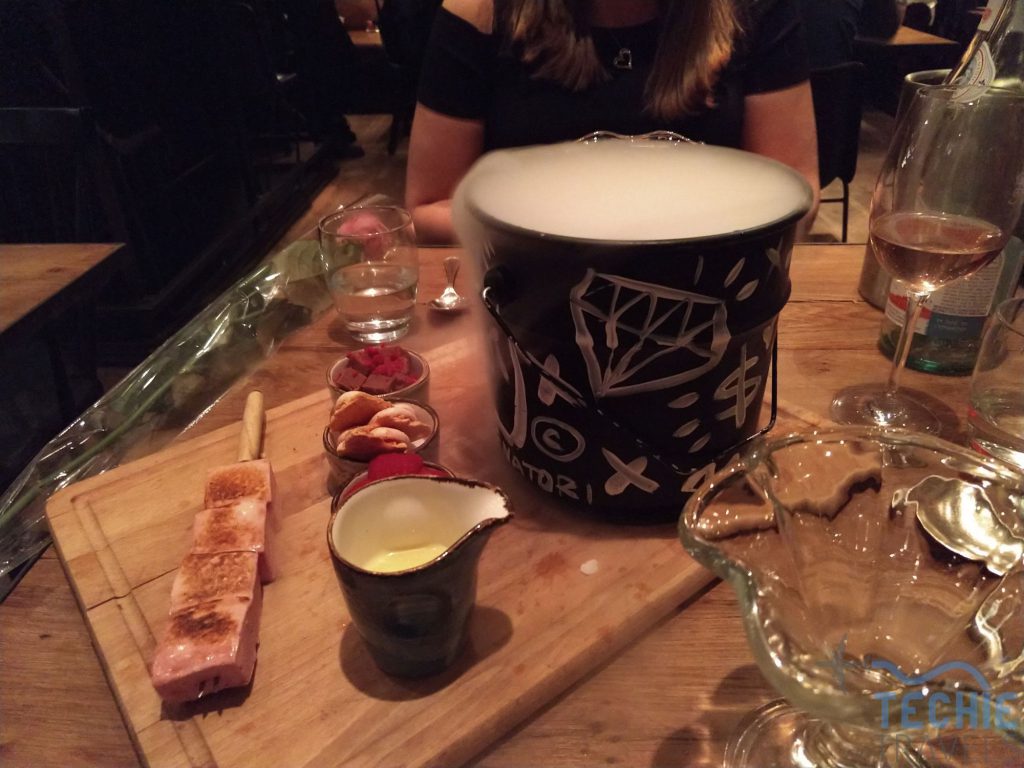