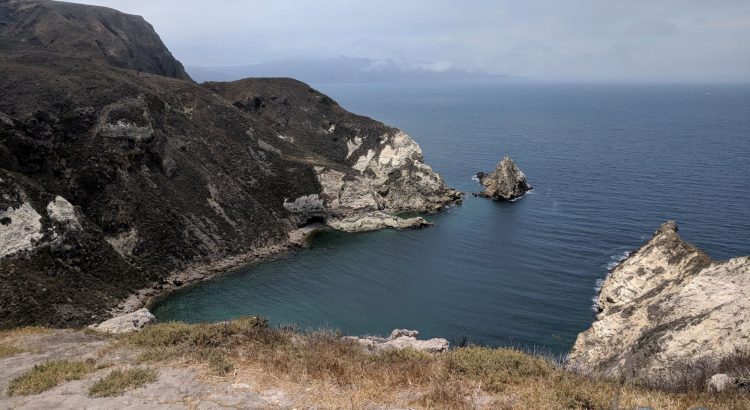 Today was our biggest planned event of the trip – an excursion to the Channel Islands National Park.  We arrived early to the boat dock, so we went into the national park visitor center to look around.  There were a lot of great exhibits to see and get acquainted with the flora and fauna on the islands.  Unfortunately, we missed out on seeing the introductory video which is sort of a family tradition when visiting national parks.

We then went over to the dock for the ferry to Santa Cruz island.  We chose this island because it seemed to have the most variety and established facilities.  Island Packers is the only company that runs boats to the Channel Islands, so you have to book your trip with them.

There was a somewhat long line to get on the boat, but we were still able to snag an inside seat.  As soon as we got out of the harbor, the boat really began to start rocking.  Definitely take Dramamine if you are prone to motion sickness.  We were lucky to see harbor seals and the rare blue whale on the way over to the island.  The captain stopped the boat to allow everyone to do a little whale watching. 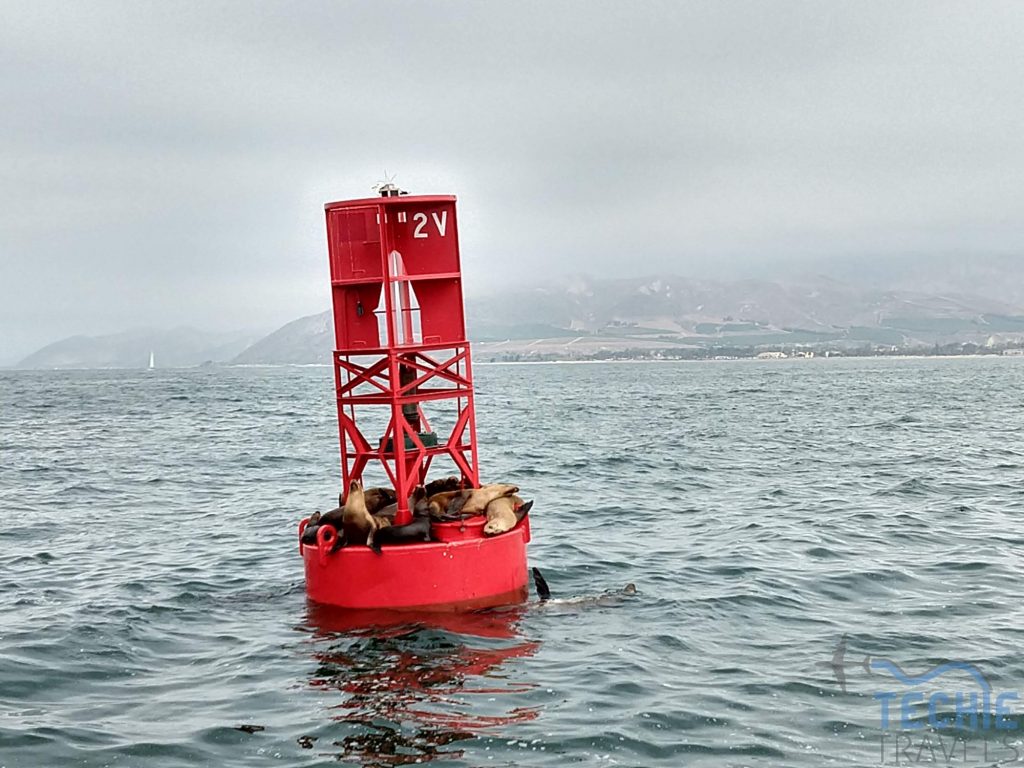 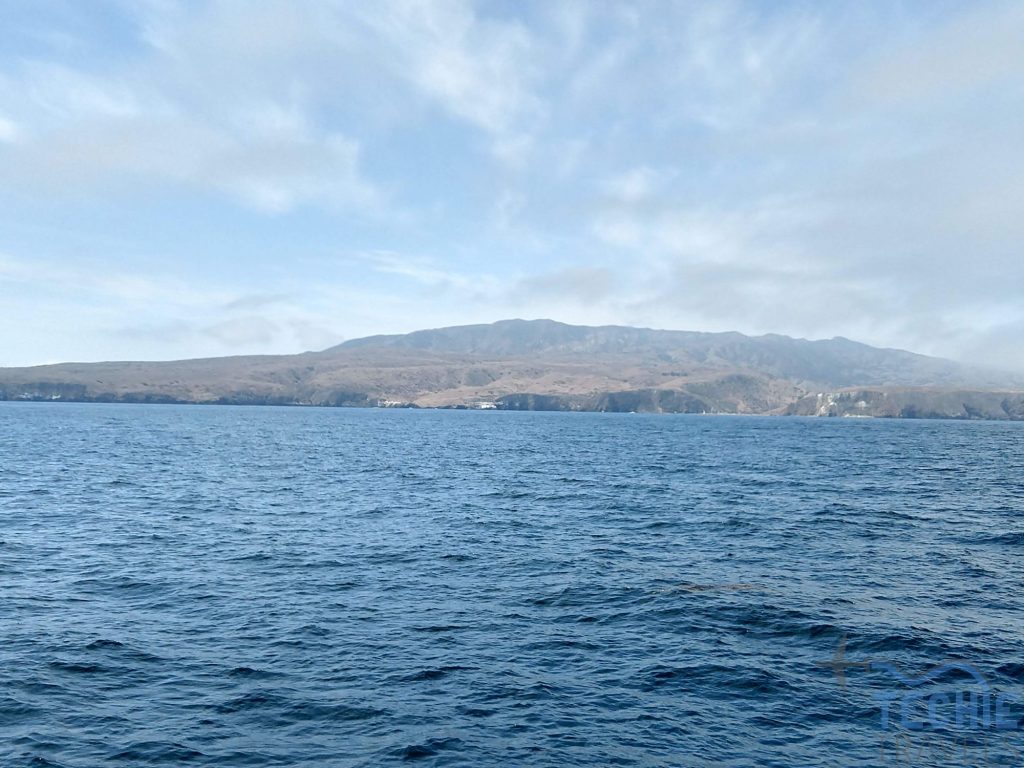 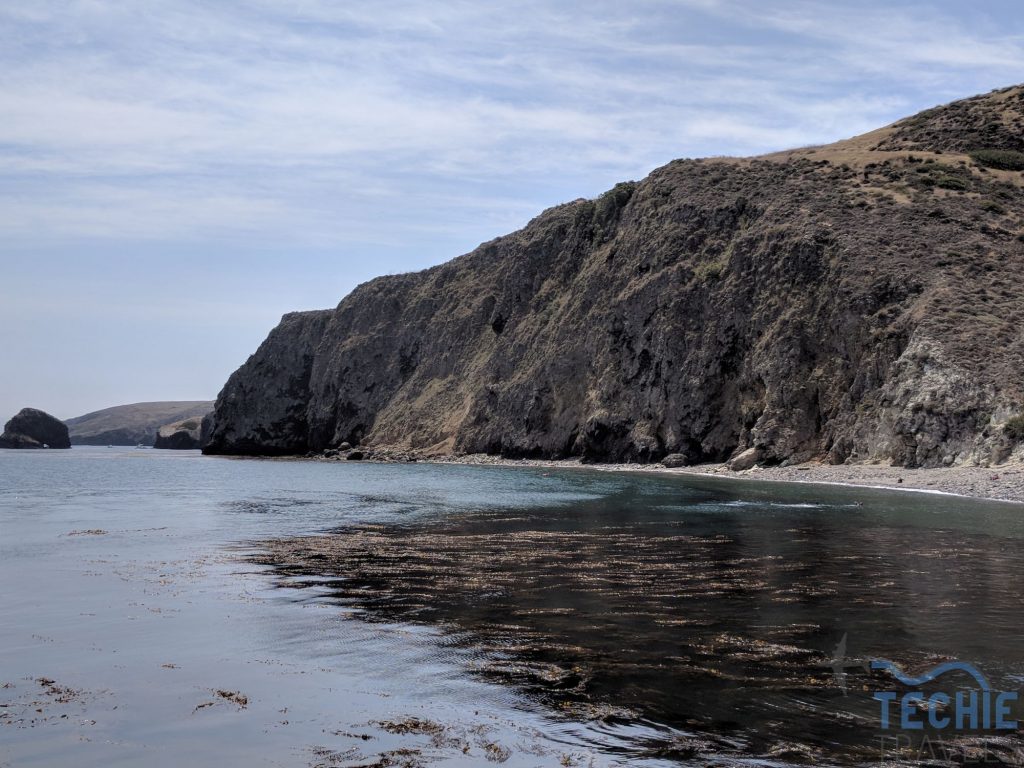 Once we arrived, there was a quick orientation and rules overview by a ranger and then we began to explore the island.  We walked through the small historic village which had a little bit of history about the ranch that existed on the island.  Then we ate lunch at a picnic table and stashed our extra stuff in a fox box while we set off to explore the island.

We decided on a 5 mile loop route to see Potato Harbor and Cavern Point.  There was a big climb to start the hike and practically no shade the entire hike.  This made it more strenuous than it would seem at first glance.  However, the amazing views the entire way absolutely made it worth it.  There were also very few people on the trail which added to the experience. 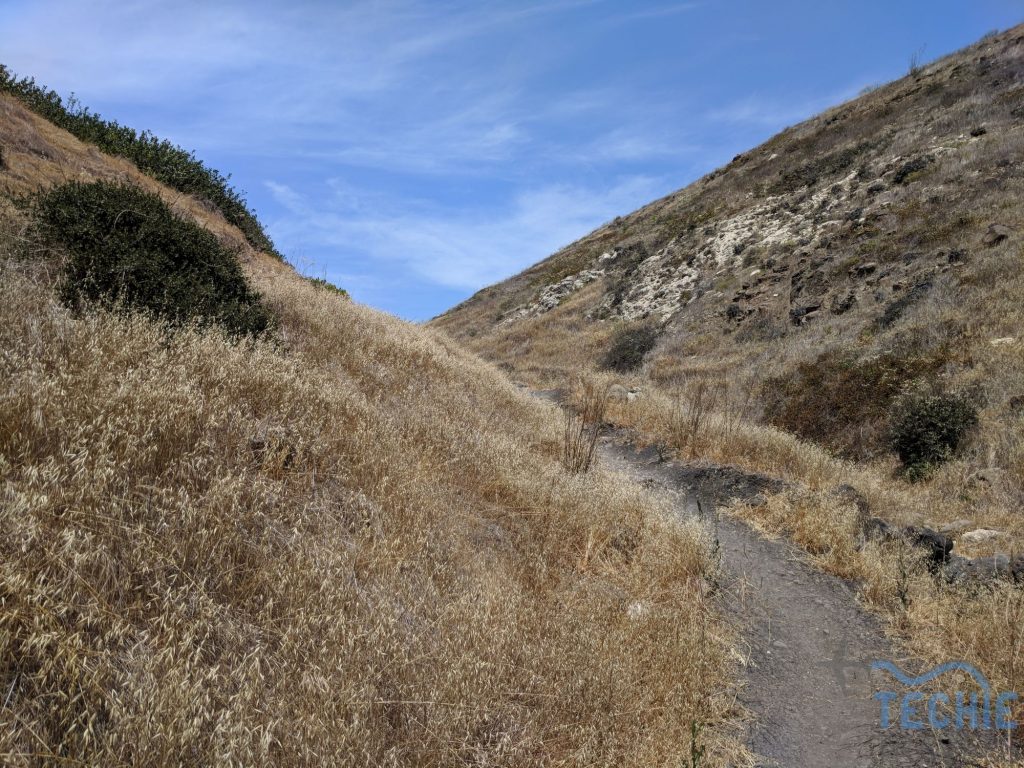 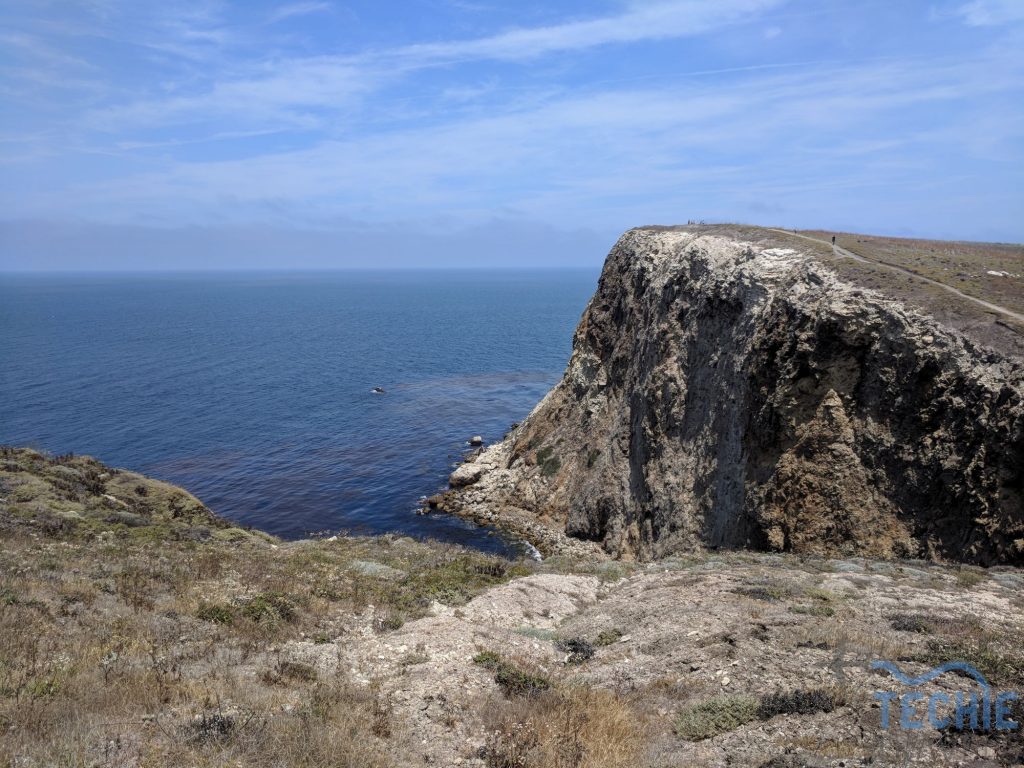 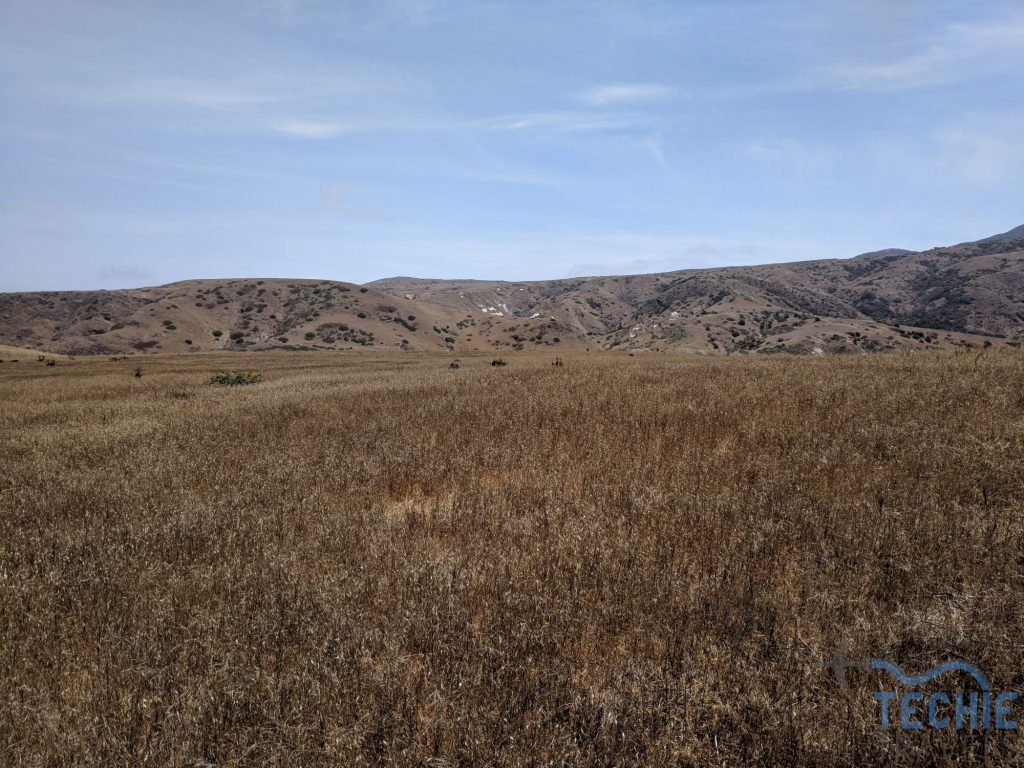 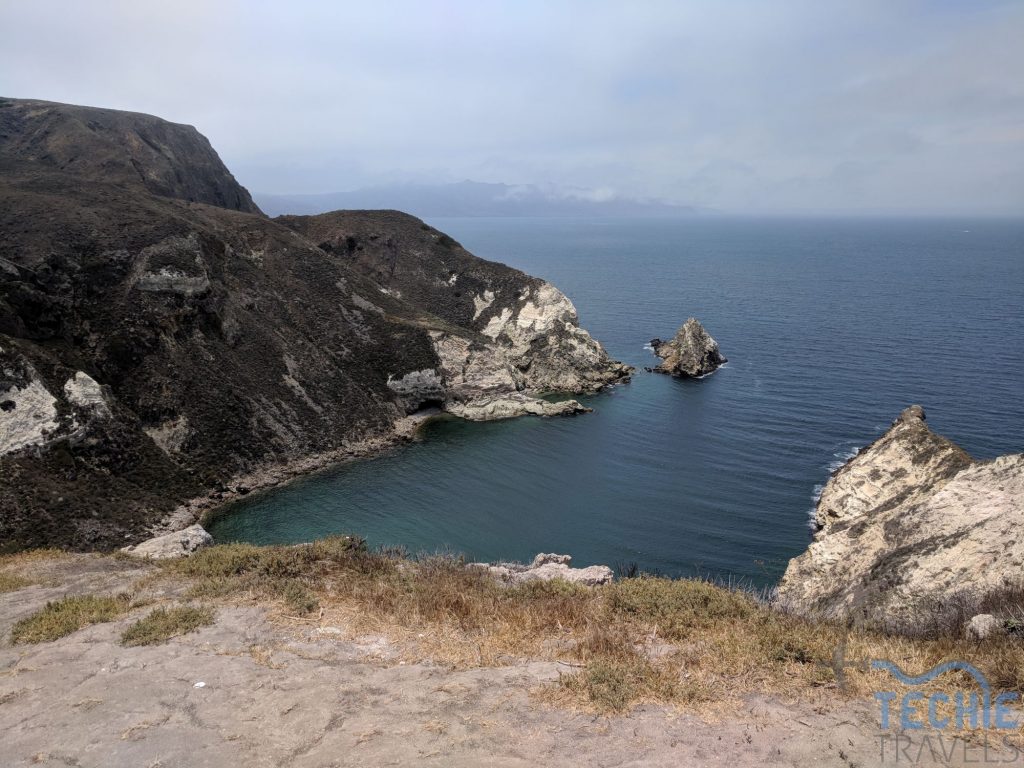 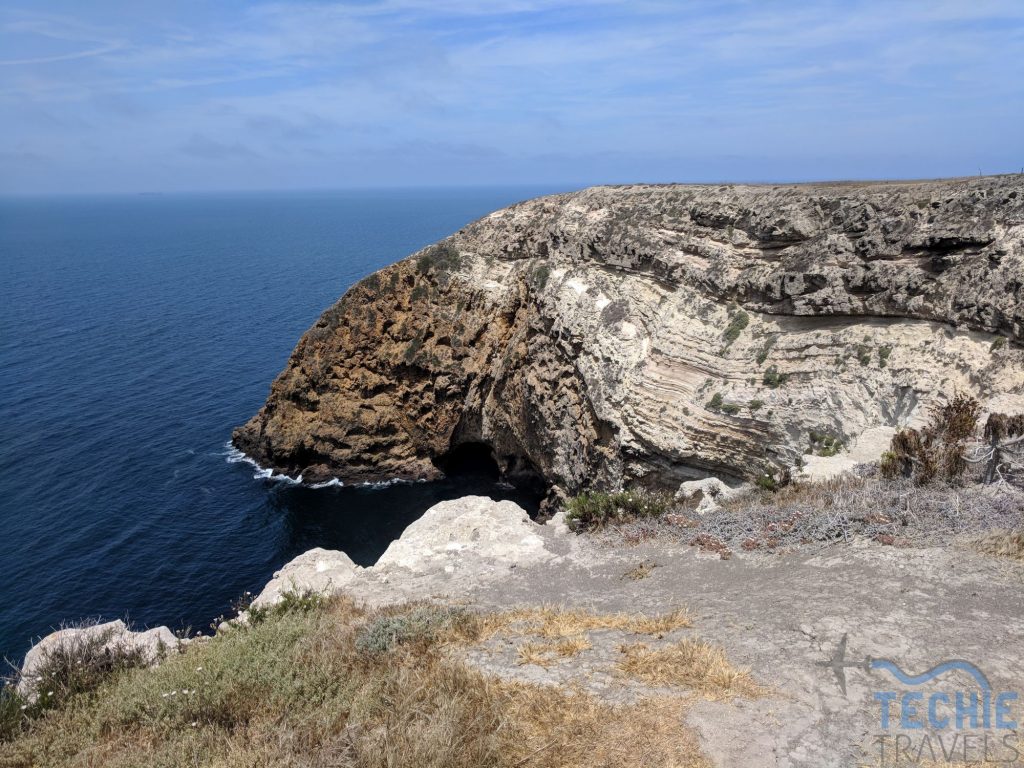 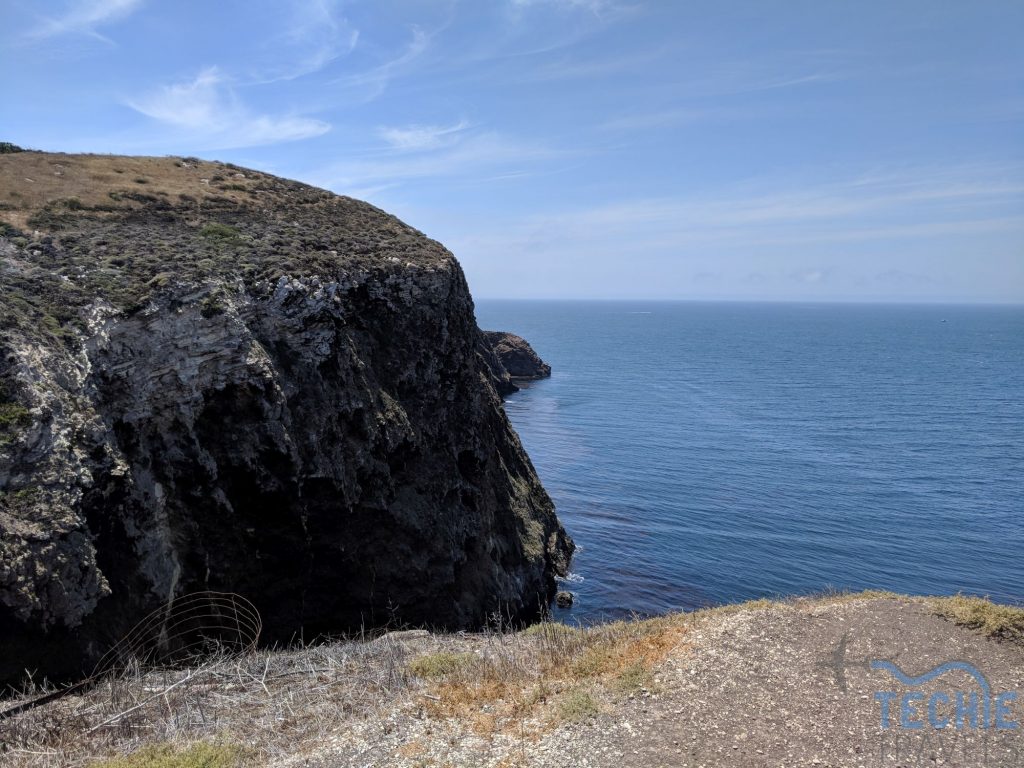 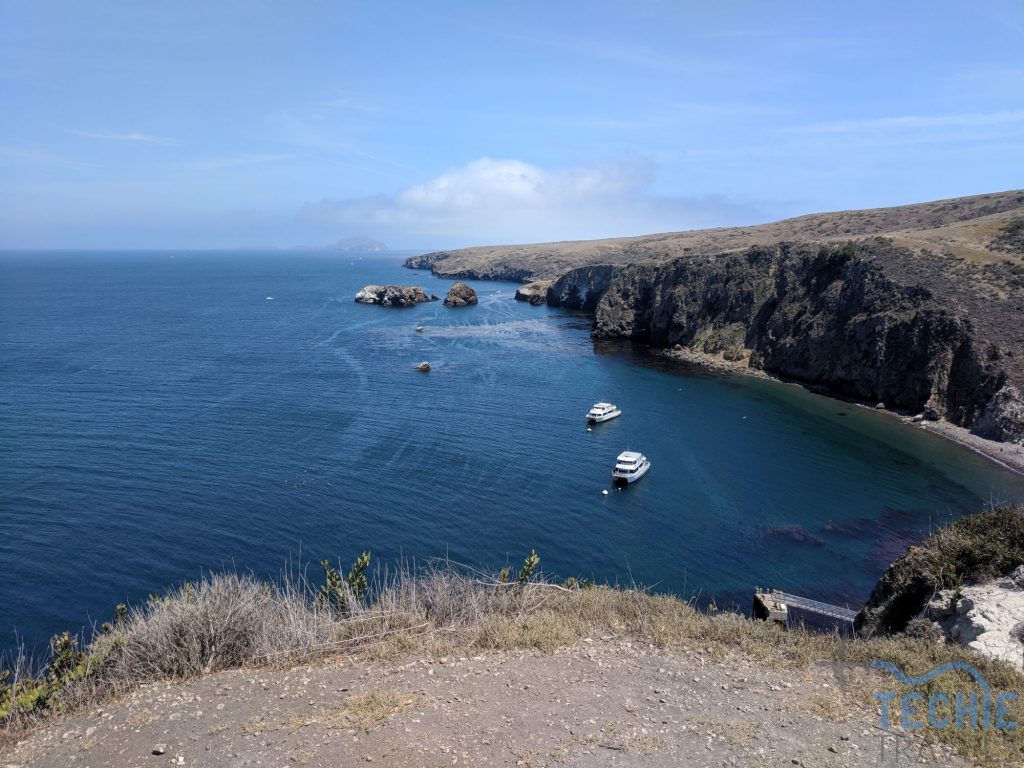 Once we got back, we rested in the shade for a bit and then sat on the very rocky beach.  Definitely bring water shoes because you basically cannot get to the water without them.  You can also do some snorkeling, but almost everyone was wearing a wet suit due to the chilly water temperatures.  If we ever go back, it would be fun to camp on the island and do a kayak tour.

It was soon time to get back on the ferry to the mainland.  I was amused by the large group of kids on the boat both to and from the island.  It seemed like every single one of them decided to buy a cup of noodles from the little galley onboard.  The smell was constant both to and from the island.  We saw some more whales on the way home, even closer than on the way out which was fun. 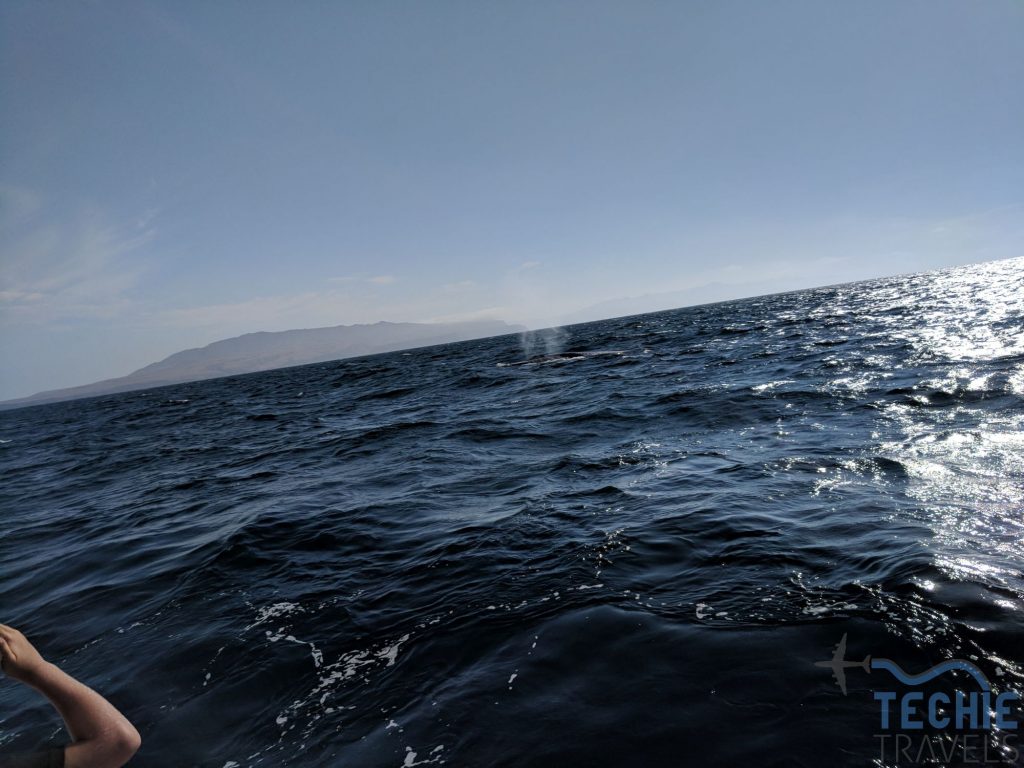 Dinner this evening was at the Anacapa Brewing Company.  I had the buenaventura burger and Samantha had mac’n’cheese.  Both were very good and hit the spot after a long day. 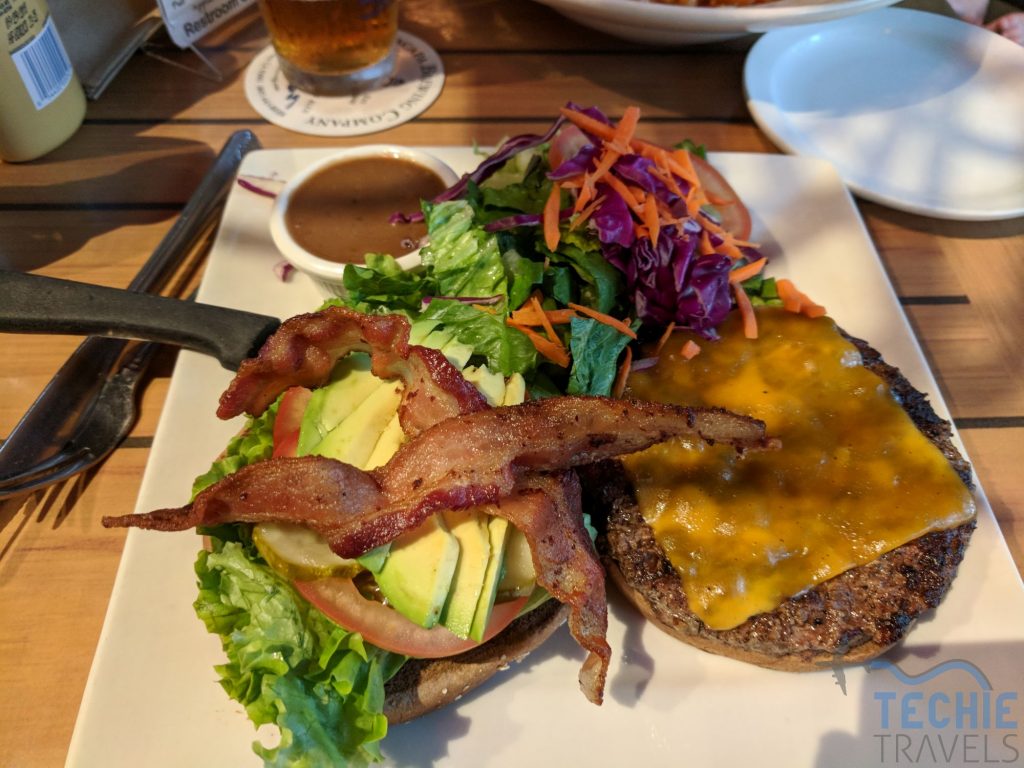 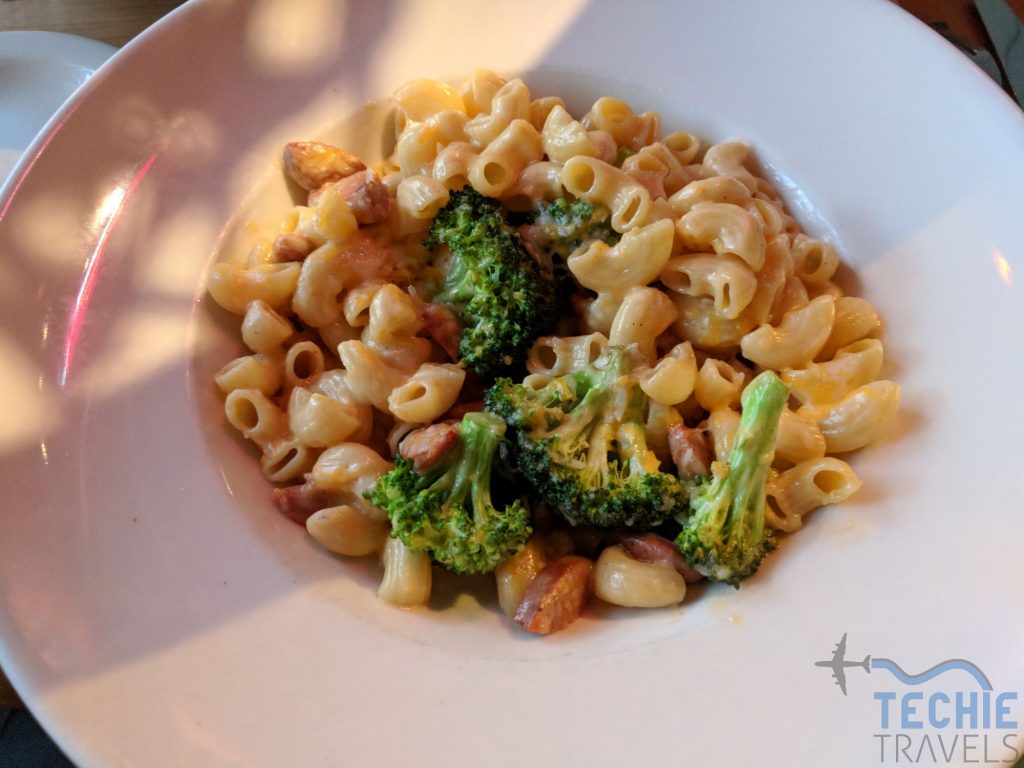